Michaelle Jean, a former governor general of Canada, has been named the first woman leader of la Francophonie. She will replace Abdou Diouf, who stepped down after more than 10 years in the position. ”One of the most ambitious and daring objectives that la Francophonie has ever set for itself is the idea of an economic Francophonie,” she told a news conference after being named by consensus. Jean, 57, was up against four other candidates at the summit of la Francophonie, whose 57 members include Canada, Quebec and New Brunswick.

We need to work together, unite our efforts, especially as countries want growth, prosperity and development, knowing for example that a crisis in Mali is not (just) a Malian crisis.

Michaelle Jean, former governor-general and newly named as next leader of la Francophonie

News of Jean’s appointment came in Dakar, Senegal, at the end of the summit of la Francophonie. Prime Minister Stephen Harper, who attended the meeting, congratulated Jean and pointed out that Canada is the second biggest contributor to the organization. Jean’s family moved to Canada to flee the repressive regime of Haiti’s Francois Duvalier in the 1960s; the former Radio-Canada reporter has worked recently in Haiti as a special envoy for UNESCO and has also been the chancellor of the University of Ottawa since 2012.

Haitian, French, Canadian and Quebecer are identities Michaëlle Jean shares in, as well as Acadian, thanks to family ties to Acadia on her mother’s side. This extensive cultural background gives her a full understanding of la Francophonie. 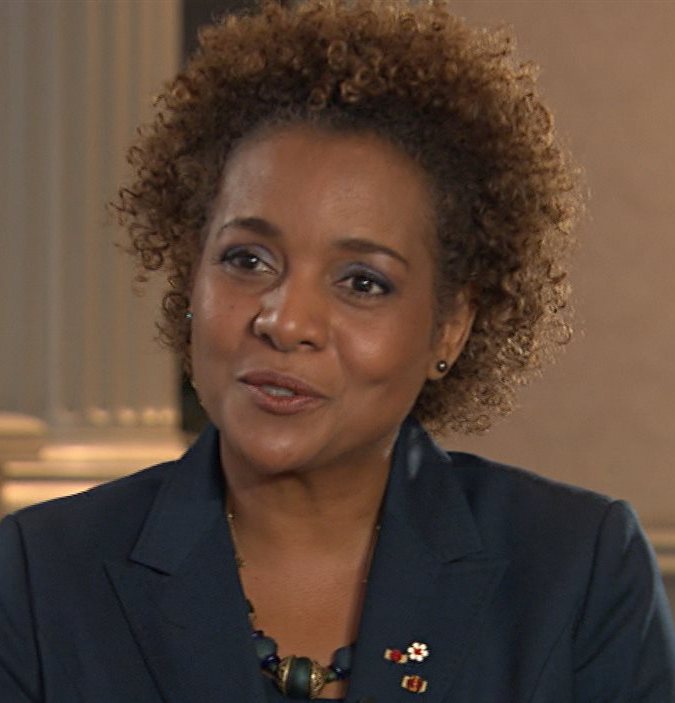