Ruling party candidate and former president Tabare Vazquez easily won Uruguay’s presidential election on Sunday, returning to power a left-leaning coalition that has legalized gay marriage and moved to create the world’s first state-run marijuana marketplace. His centre-right opponent Lacalle Pou, said late Sunday that he had called Vazquez to concede and “wish him great success” after three exit polls showed him losing by a 10-percentage point margin. Vazquez, a 74-year-old oncologist who was president from 2005-2010, immediately called on the opposition to join him in a national accord to deal with the key issues of public security, health and education.

Tabare Vazquez in his victory speech

The runoff vote had drawn international attention because Pou had promised to undo much of the plan to put the government in charge of regulating the production and sale of marijuana on a nationwide scale. Sunday’s win marked a reversal of roles for Vazquez, who shook up Uruguayan politics when he became president his first time, peacefully ending 170 years of two-party dominance. In the first round of voting in October, Vazquez fell just short of an outright victory, getting 48 percent support against 31 percent for Lacalle Pou.

The economy is rising. The country isn’t anything like it was 10 or 20 years ago, when it was in decline.

Javier Silva, an operator at a state electrical plant who voted for Vazquez 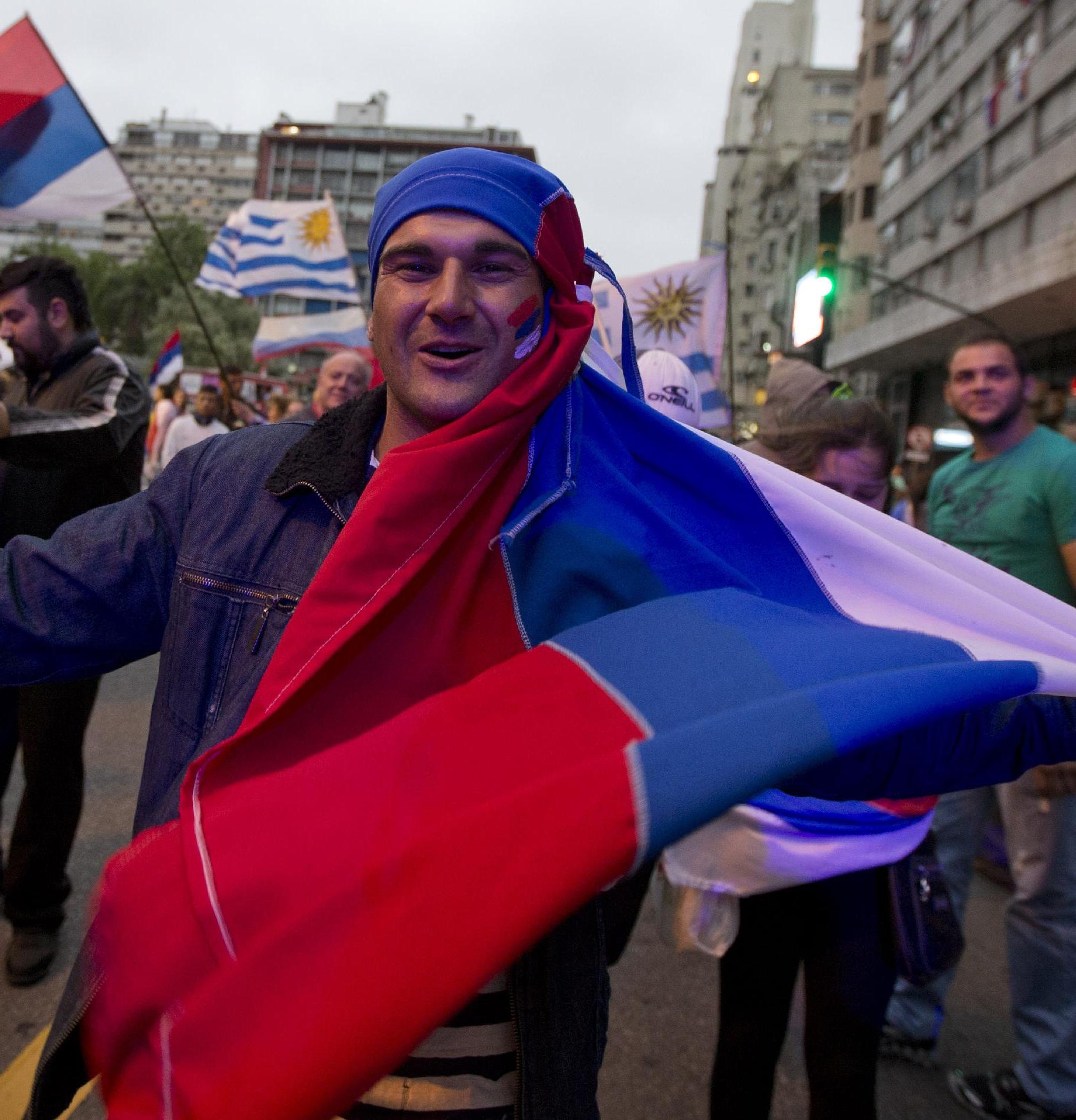