More than 780,000 voters in Hong Kong have cast their ballots on the last day of an unofficial referendum on electoral reforms, part of a civil campaign that has been branded illegal by local and mainland Chinese authorities. The 10-day online voting wrapped up today, ahead of a pro-democracy protests planned by activists in the southern Chinese territory to ratchet up the pressure on authorities. Tensions are running high in the former British colony with upwards of 500,000 people expected to participate in the pro-democracy rally on Tuesday, the anniversary of Hong Kong’s handover to China.

I think the signal has already been sent to Beijing that Hong Kong people are prepared to express their views on universal suffrage.

Benny Tai, associate professor of law at the University of Hong Kong and one of the organisers of the vote and the movement, Occupy Central with Love and Peace

Organisers expect this year’s march to be the largest since Britain returned the Asian financial centre in 1997, with Beijing promising direct elections for the city’s leader in 2017. Hong Kong’s leader is currently appointed by a 1,200-strong pro-Beijing committee and residents are guaranteed civil liberties not enjoyed on the mainland, including free speech and the right to protest. Turnout for the informal referendum, organised by pro-democracy activists, has exceeded expectations with about 50,000 people casting their votes at polling stations on one day alone.

Every Chinese should have the right to vote. Although people can’t do it in China, we can do it in Hong Kong.

A 90-year-old voter, who only gave his surname as Fu 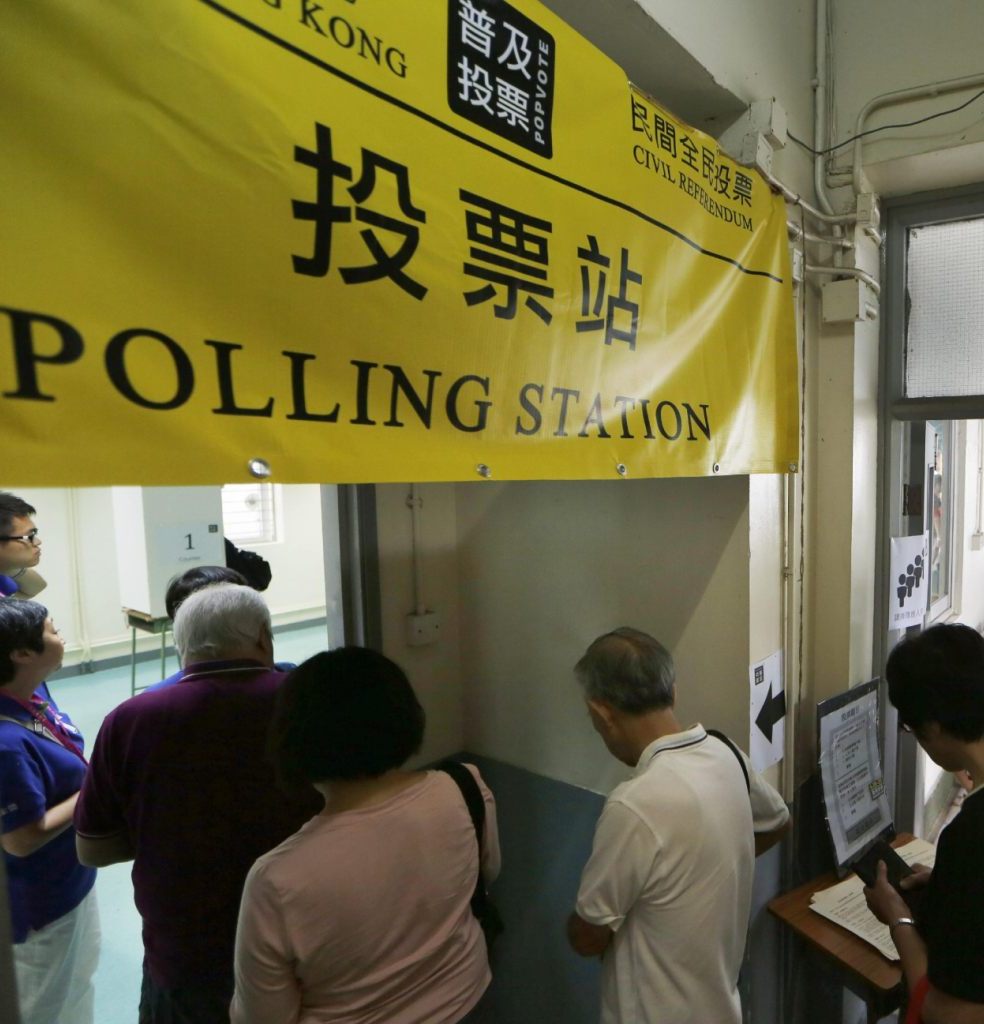