A skydiving gecko, a fish with genitals in its head and a blind cave-dwelling spider are among the 367 new species that have been discovered in the Greater Mekong region of Southeast Asia over the past two years, according to the WWF. One of the 15 species highlighted in its report is a new species of flying squirrel, discovered in 2013 after being described for the first time from a single animal skin found in a bush-meat market in Laos. There is also a tiny, almost transparent fish with its sex organs just behind its mouth. It mates head-to-head. But due to unsustainable development and rapacious demand for wildlife meat and luxury timber, almost all of the newly described species are soon likely to be threatened, the group warned.

Lowland tropical forests are among the most threatened habitats in the world due to human pressures, such as logging and degradation.

The 26 plants and animals newly identified in Myanmar include a species of dragon fish, which are hugely popular in the Asian aquatic world. The so-called “scribbled arowana,” is creating a buzz on the aquarium fish blogosphere because of its unheard-of complex, maze-like markings on every individual scale. Another new species, the Cambodian tailorbird, was described in 2013 by scientists after it was discovered in plain sight, living in dense shrub on the outskirts of the capital Phnom Penh. 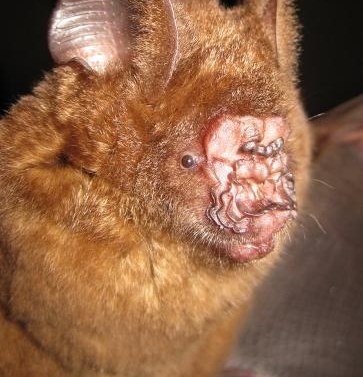