Hundreds of fishermen were rescued today from the isolated Indonesian island where many were enslaved to catch seafood that could end up in western restaurants. Indonesian officials probing labor abuses told the migrant workers they were allowing them to leave for another island by boat out of concern for their safety. More than 300 fishermen emerged from nearby trawlers, villages and even the jungle to make the trip. The International Organization for Migration said last week there are thousands of foreign men, many trafficked or enslaved, stranded on islands surrounding Benjina following a fishing moratorium called by the Indonesian Fisheries Ministry to crack down on poaching.

Officials from Myanmar will visit the islands next week to look for more men and start the process of sending them home. Officials from Thailand visited the island earlier this week, but their trip was focused on finding Thai nationals who had been trafficked. The U.S. government and major seafood industry leaders have urged Thailand to end slavery at sea and to punish those responsible. Thailand’s biggest seafood company, Thai Union Frozen Products, announced it was cutting ties with a supplier after determining it might be involved with forced labor and other abuses.

They can all come. We don’t want to leave a single person behind. 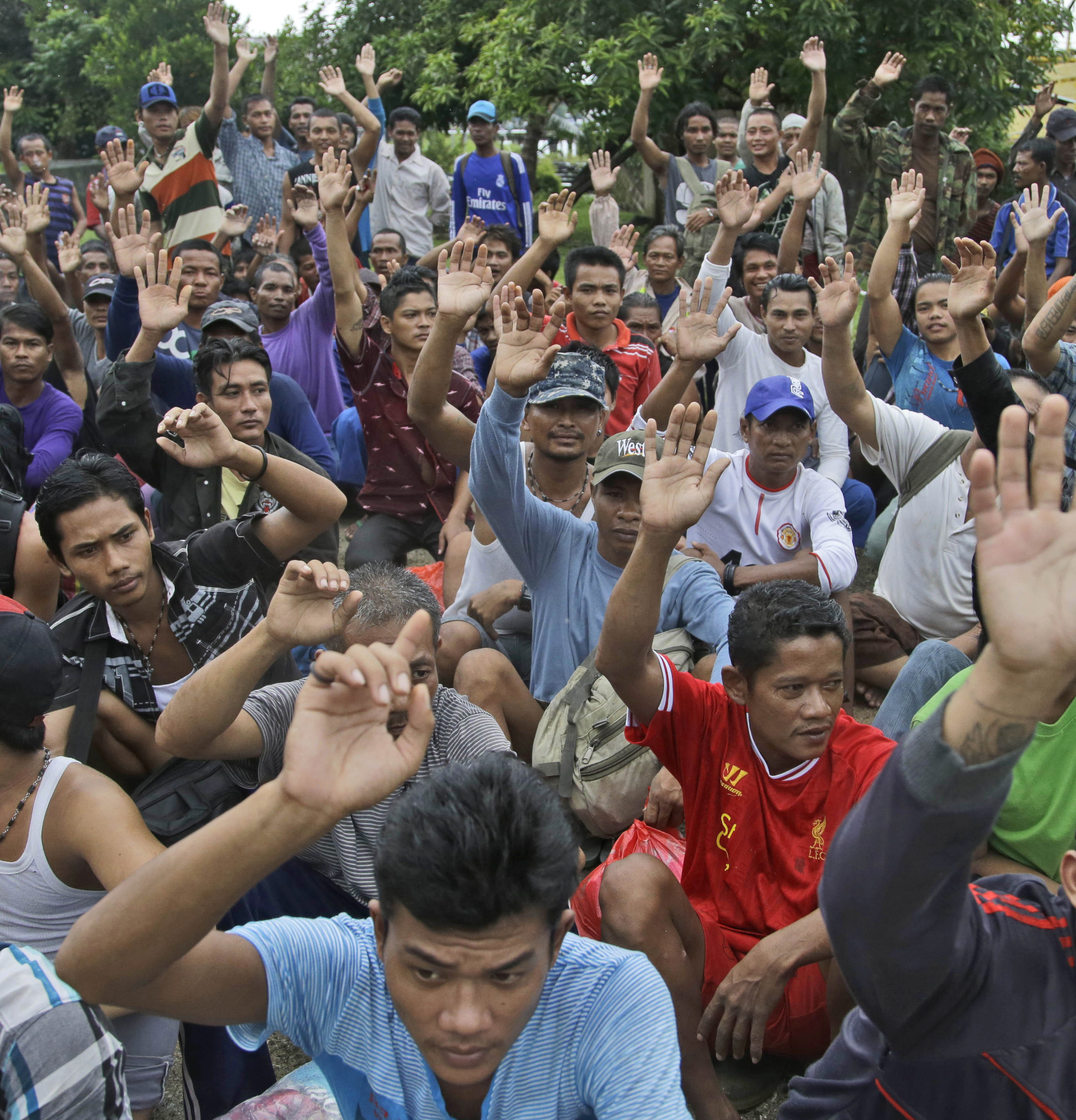