India and Australia have vowed closer defence and security ties Tuesday while stressing the importance of economic cooperation, a day after Canberra sealed a huge trade pact with fellow Asian superpower China. Indian Prime Minister Narendra Modi, who was given a rock star welcome by thousands of rapturous supporters in Sydney on Monday, described the closer ties as a “natural partnership” after inking agreements on security cooperation, narcotics control, social security, and tourism. Modi’s trip Down Under – for the G20 summit in Brisbane and a state visit – comes just two months after Abbott’s tour of India, during which the two countries sealed a long-awaited nuclear energy deal.

India and Australia have a great economic synergy. There are huge opportunities for a partnership in every area we can think of — agriculture, resources, energy, finance, infrastructure, education and science and technology.

Modi, who won India’s biggest electoral victory in three decades in the April-May polls, called for Indian businesses to have easier access to Australian markets and quicker investment approvals. On Monday, Australia sealed a landmark trade deal with China that will abolish tariffs in the lucrative resources and agricultural sectors as Canberra confronts a painful downturn in mining. Australian PM Tony Abbott already has his eye on a similar outcome with India, flagging the prospect of a pact by the end of next year.

By the end of next year we will have a free trade deal with what is potentially the world’s largest market. We can never forget that India is an intellectual powerhouse, a potential economic powerhouse. 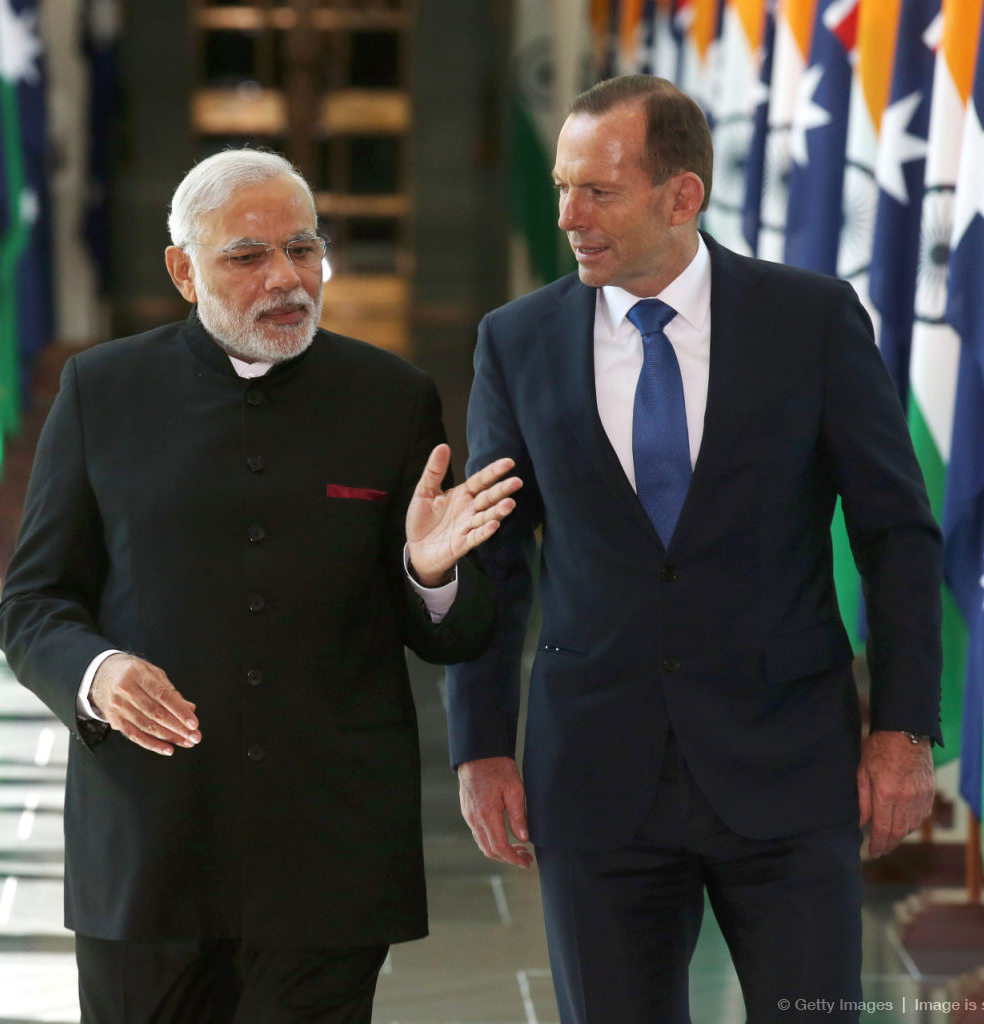