By the end of next year, the people of New York will be able to access free, fast public Wi-Fi across all five boroughs under a plan called LinkNYC. The city will replace its aging pay phone system with “Links” — hubs for free Wi-Fi that run at up to gigabit speeds. They also offer a range of other services, including free phone calls within the U.S., a free charging station, and a touchscreen tablet interface so users can access directions and city services. Mayor Bill de Blasio said digital advertising displays will finance the project “at no cost to taxpayers,” adding that the hubs are expected to generate more than $500 million over the course of their first 12 years and create 100 to 150 jobs.

We’re taking a critical step toward a more equal, open and connected city – for every New Yorker, in every borough. 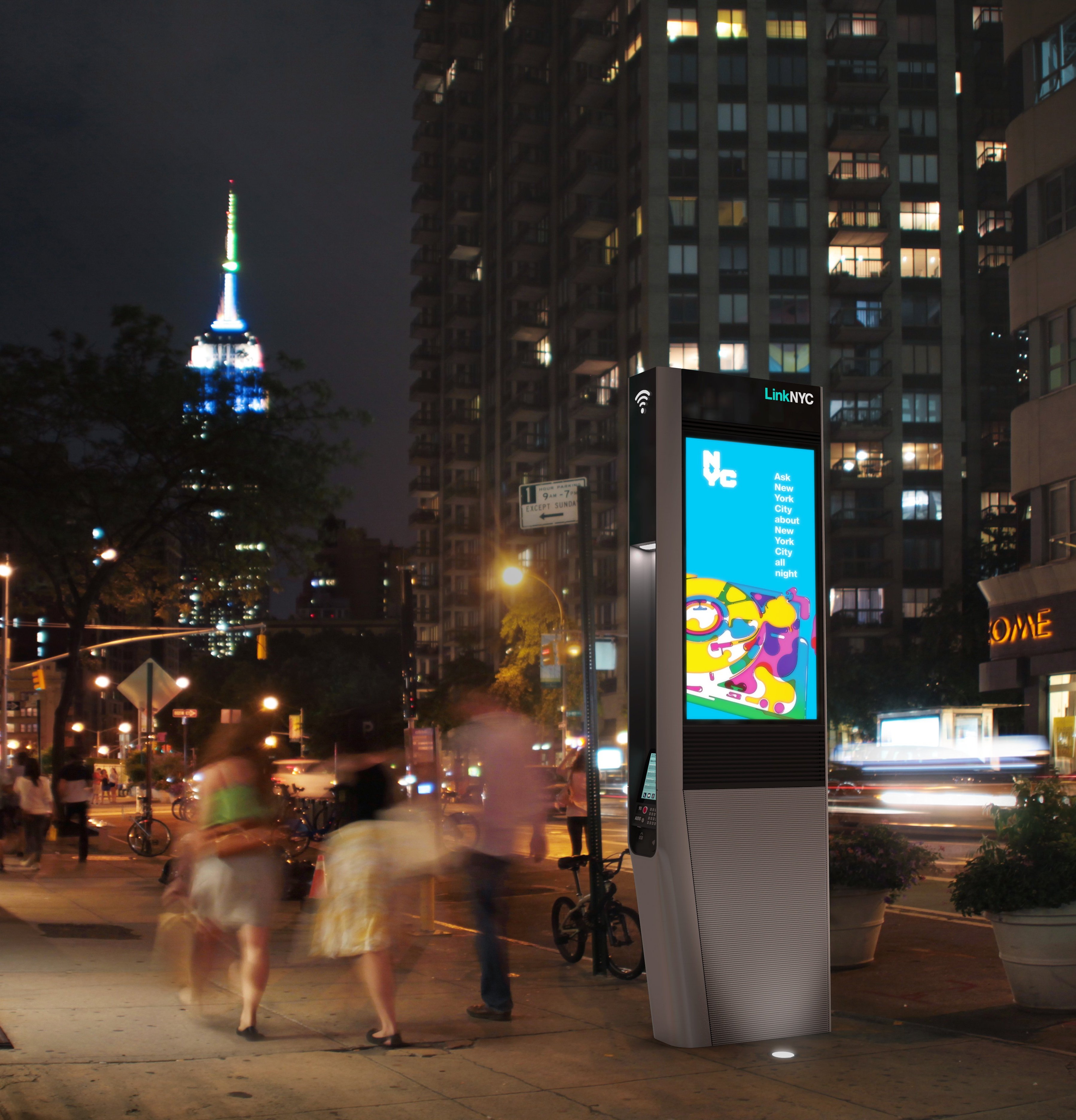