India on Thursday began work to restore the dilapidated house where “Animal Farm” and “1984” author George Orwell was born and turn it into a museum. The family’s simple white colonial bungalow had been left to fall into ruins until the Bihar authorities decided to renovate it in a 6 million rupees ($100,000) project. The Bihar government announced a makeover of the site in 2009, but nothing was done. Last year, local officials caused consternation among Orwell fans when they said the land attached to the house would be developed in memory of independence hero Mahatma Gandhi.

It will become an asset of our heritage. 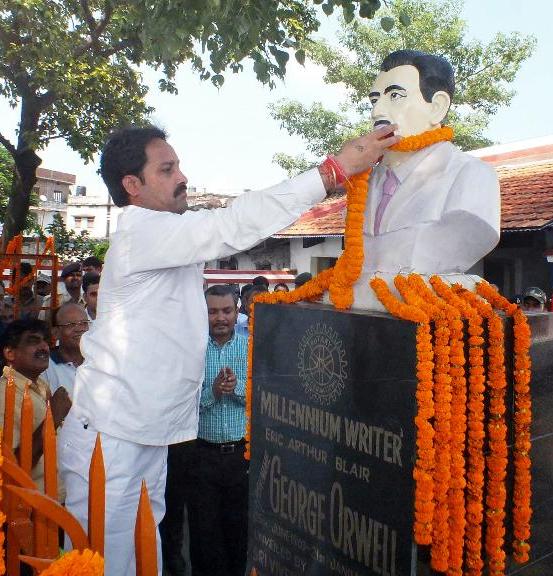