Police in southern India have detained two construction company directors as rescuers continue the search for those trapped in the rubble of two weekend building collapses that killed at least 22 people. In New Delhi, a four-storey, 50-year-old structure toppled and killed 11 of its 14 occupants, including five children.

Removing debris is a major challenge. It may take two to three days to clear the rubble.

S P Selvam, who is heading the rescue operation in Chennai

Elsewhere in India, a 12-storey building under construction in Tamil Nadu state collapsed late on Saturday, killing four workers on the spot. Another seven died in hospital, said police officer George Fernandes. Authorities said 31 construction workers had been pulled out of the rubble so far and the search is continuing for more than a dozen others. 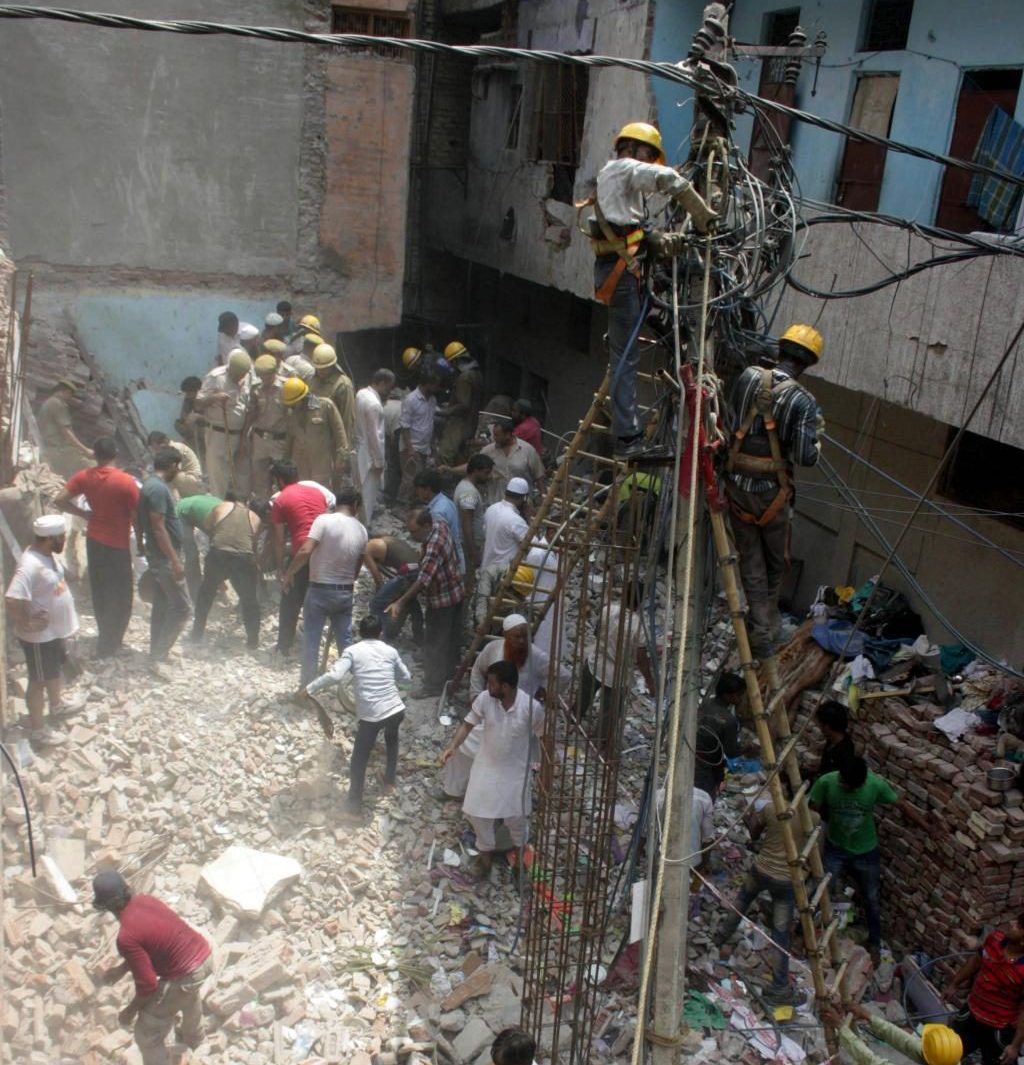