The doctor who conducted sterilisation procedures which resulted in the deaths of 13 women in central India has been arrested. Dr RK Gupta, who had been hiding since Saturday’s operations, was arrested at a relatives’ home in Bilaspur city late Wednesday. Gupta had performed over 80 sterilisation surgeries in six hours — a clear breach of government protocol, which prohibits surgeons from performing more than 30 sterilisations in a day. He denied that his equipment was rusty.

It is up to the administration to decide how many women would be kept for operation. If they kept in that place 83 women, it is my moral responsibility to operate (on) all the women. If I decline to do that I would have faced public agitation.

Dr Gupta, who says he has conducted more than 50,000 such operations since 1987, said the victims showed no symptoms of infection from dirty equipment and were vomiting before they passed away. He said health workers gave the women ciprofloxacin, a commonly prescribed antibiotic, and ibuprofen, a pain killer, after the operations, which were conducted in a grimy room of an unused private hospital in a village called Pandari in the state of Chhattisgarh. Gupta added that allegations by a senior government official that the tools were rusty were untrue and that he wore gloves and a gown.

They can’t blame me for murder. What happened is beyond our imagination. We didn’t even know anything was wrong until one patient suddenly died. 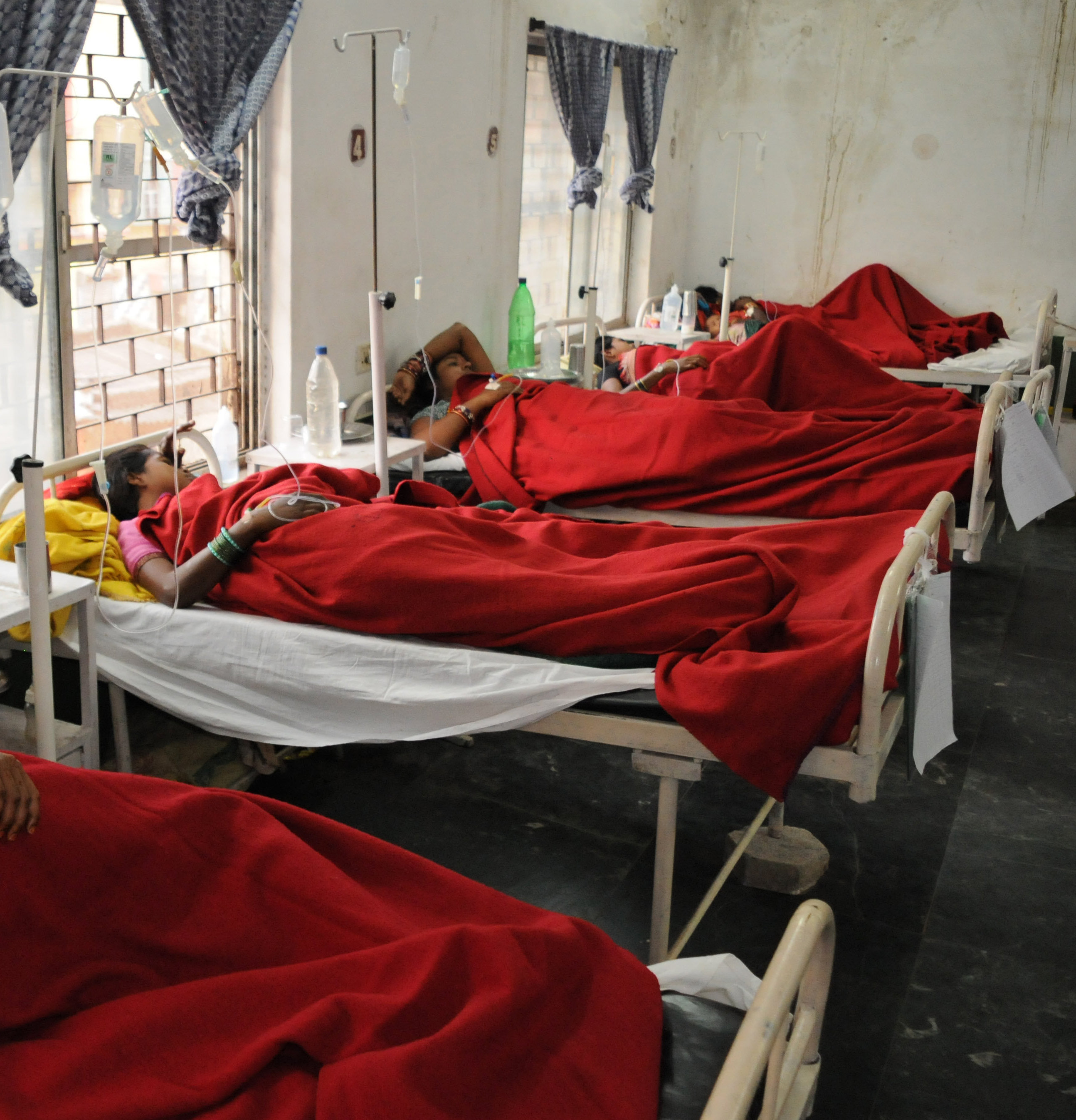