India’s new government will seek to raise up to a record US$11.7 billion in asset sales in its maiden budget this week, a senior government source said, bolstering state finances and buying time for structural reforms to revive a weak economy. The privatisation target could reach 700 billion rupees, almost equal to all proceeds over the last four years, in a budget Prime Minister Narendra Modi hopes will launch the growth and jobs agenda that in May won him India’s biggest election mandate in three decades. The budget is due on Thursday.

The finance ministry has approached different ministries to increase the divestment target.

A senior government official with direct knowledge of the budget process

Modi has made a decisive start by naming a streamlined cabinet, approving a slew of infrastructure projects and embarking on a whirlwind first year of trade diplomacy. But he’s been plagued by the economic ills that brought down his predecessor: weak growth and high inflation caused by spending too much and investing too little. Selling controlling stakes in bloated state enterprises—like defense—is out of the question. They are not competitive and any job cuts ordered by a foreign owner would cause an outcry. Instead, he will whittle down state stakes in firms that have already been partly sold, without surrendering overall control. 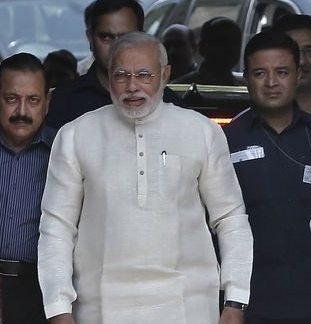