Thousands chanted “Modi, Modi” to welcome Narendra Modi to Toronto on Wednesday night as the Indian prime minister made his first visit to Canada. On a day in which he announced the relationship between India and Canada was now back on track and signed several agreements, Modi addressed an enthusiastic crowd in an arena. Modi, speaking only in Hindi, said there are a lot of problems in India but solutions lie in only one thing: Development.

We must develop and surge ahead.

Near the arena, a group of about 150 protesters chanted slogans such as “Modi is a terrorist” and called for Modi’s prosecution. They say he’s an extremist Hindu nationalist with blood on his hands from his time as chief minister of Gujarat state. They were in a courtroom earlier Wednesday but failed to launch a private prosecution of the Indian leader after the attorney general last week decided against taking any action.

Canada has the potential to be a key partner in every area of India’s national development strategy. 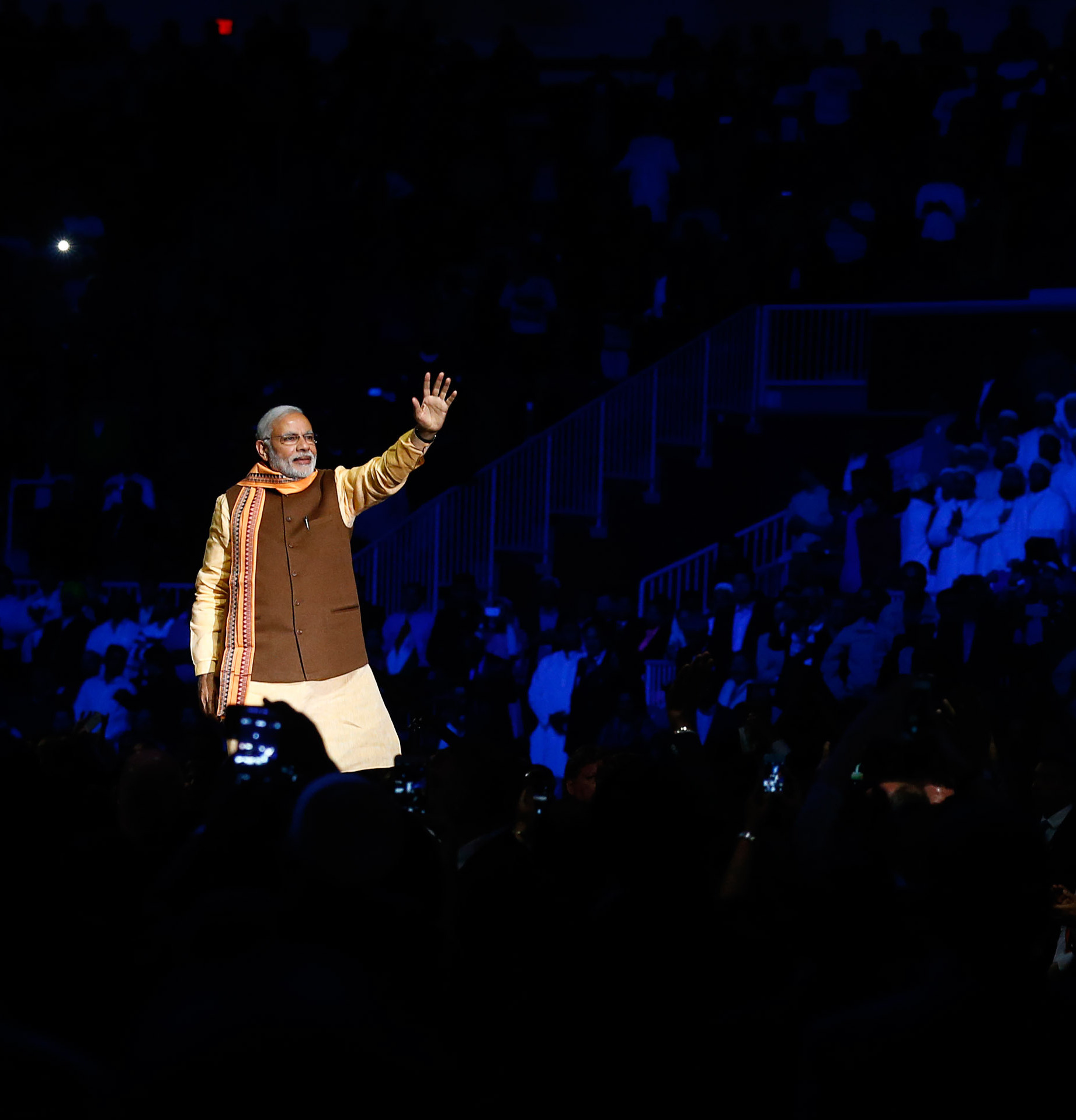