The first Christian governor of Indonesia’s capital in 50 years was sworn in Wednesday despite loud protests from Islamic hardliners who insisted Jakarta’s top political job should go to a Muslim. Basuki Tjahaja Purnama, a Protestant who is also the first ethnic Chinese to become an Indonesian governor, gained a reputation as deputy governor  for being outspoken and combating corruption and cutting red tape. The 48-year-old took the oath of office in a ceremony presided over by President Joko Widodo — the city’s previous leader before he became president last month — at the state palace in Jakarta, where 10,000 police and soldiers were deployed for security.

I promise to fulfil my obligations as a Governor to the best of my ability and I will uphold Indonesia’s 1945 Constitution and implement all regulations fairly.

Purnama’s appointment is is in accordance with local law, which provides that the deputy governor takes up the post of a governor who vacates it. Purnama, better known by the Chinese nickname “Ahok”, will serve a term that runs until 2017. Meanwhile, Islamic hardliners have held street protests against Purnama’s installment as leader of the city of 12 million, in the world’s most populous Muslim nation. The Islamic Defenders Front, a hard-line group known by its Indonesian acronym FPI, has vowed to stage weekly protests against him. 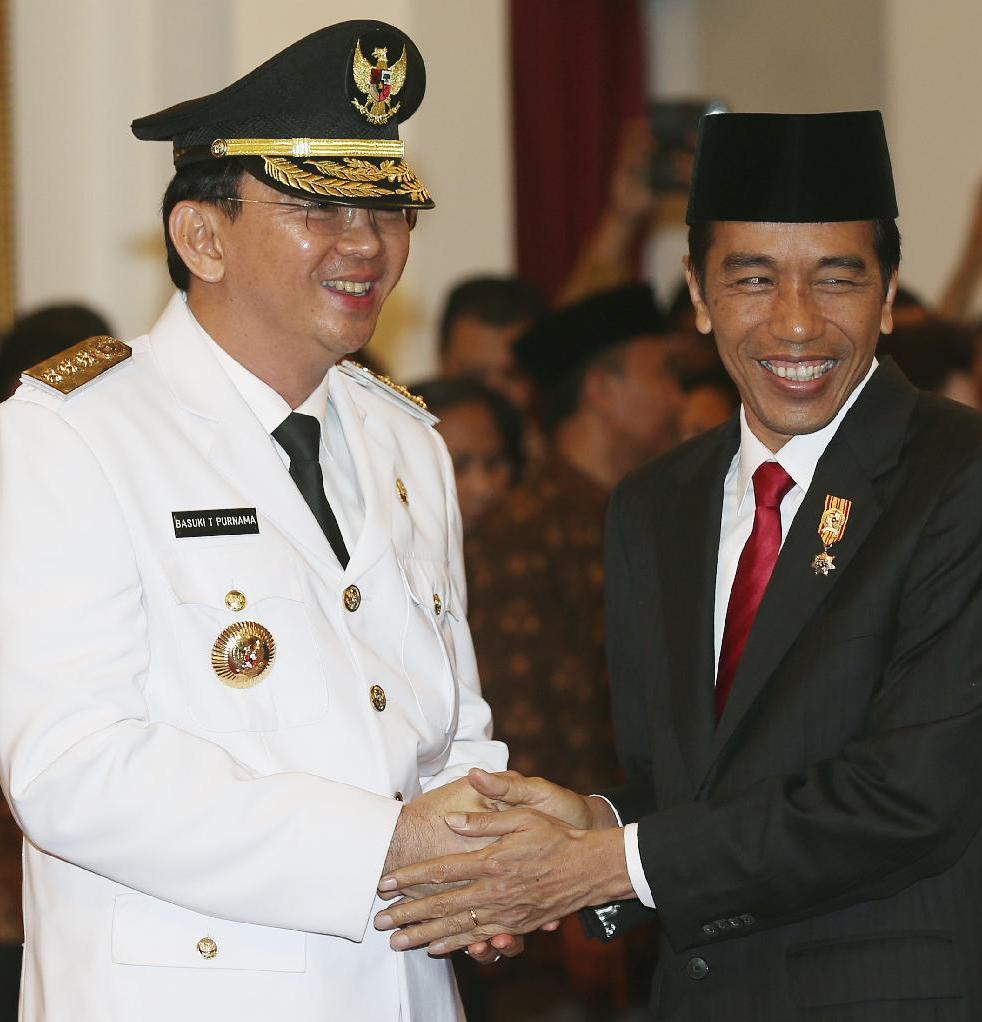