Police and protesters clashed on Wednesday as thousands of students took to the streets of central London to rally against tuition fees, education cuts and debt. Riot police tried to push back protesters who stormed the Conservative party headquarters and tore down metal barricades as they flooded into nearby Parliament Square. London’s Metropolitan Police said they arrested 11 people for offences including assaulting police, criminal damage, and violent disorder, as hundreds of police and riot officers were deployed.

Tuition fees? No way! Tax the rich and make them pay!

Chants from the protesting students

A group of protesters also held a sit-down outside London’s police headquarters New Scotland Yard, chanting slogans against police and Prime Minister David Cameron’s Conservative party. Wednesday’s protest was Britain’s biggest since 2010, when around 50,000 took to the streets in anger at the passage of a law to increase tuition fees in a rally that degenerated into running street battles with police. Enrollment fees have since risen to more than $14,100 in around a third of English universities, while Scottish universities have remained free.

We want free education for everyone. It makes economic sense. Plenty of money goes to the banks. We want it to go into school. 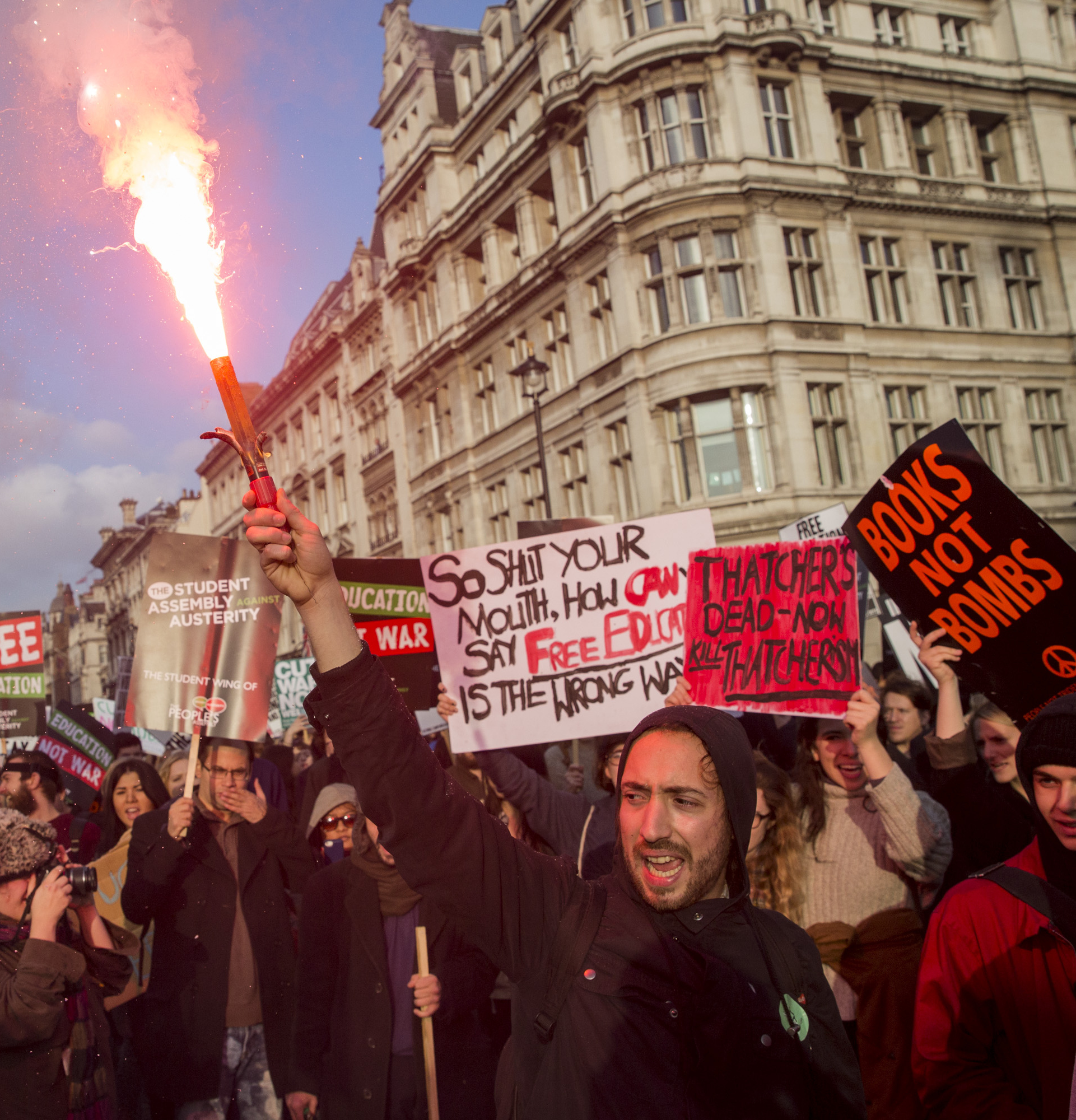