Supporters of losing Indonesian presidential candidate Prabowo Subianto clashed with police on Thursday as the country’s top judges upheld the victory of Joko Widodo at last month’s presidential election, rejecting claims of widespread cheating from his opponent. Subianto, a former general with close links to the country’s former dictator Suharto, has alleged massive fraud in the July 9 polls and filed a complaint at the Constitutional Court, the country’s highest.

We warned them, but the demonstrators did not stop so we had to force them to disperse.

The ruling means Widodo is now free to prepare to take over government in the world’s fourth-most populous nation and a vital Southeast Asian economic hub. He is due to be inaugurated in October. Subianto has struggled to attract much street support, but around 2,000 supporters rallied in Jakarta ahead of the verdict. Police fired tear gas and water cannons as demonstrators tried to tear down barbed wire barricades blocking their way. There were no reports of serious injuries. 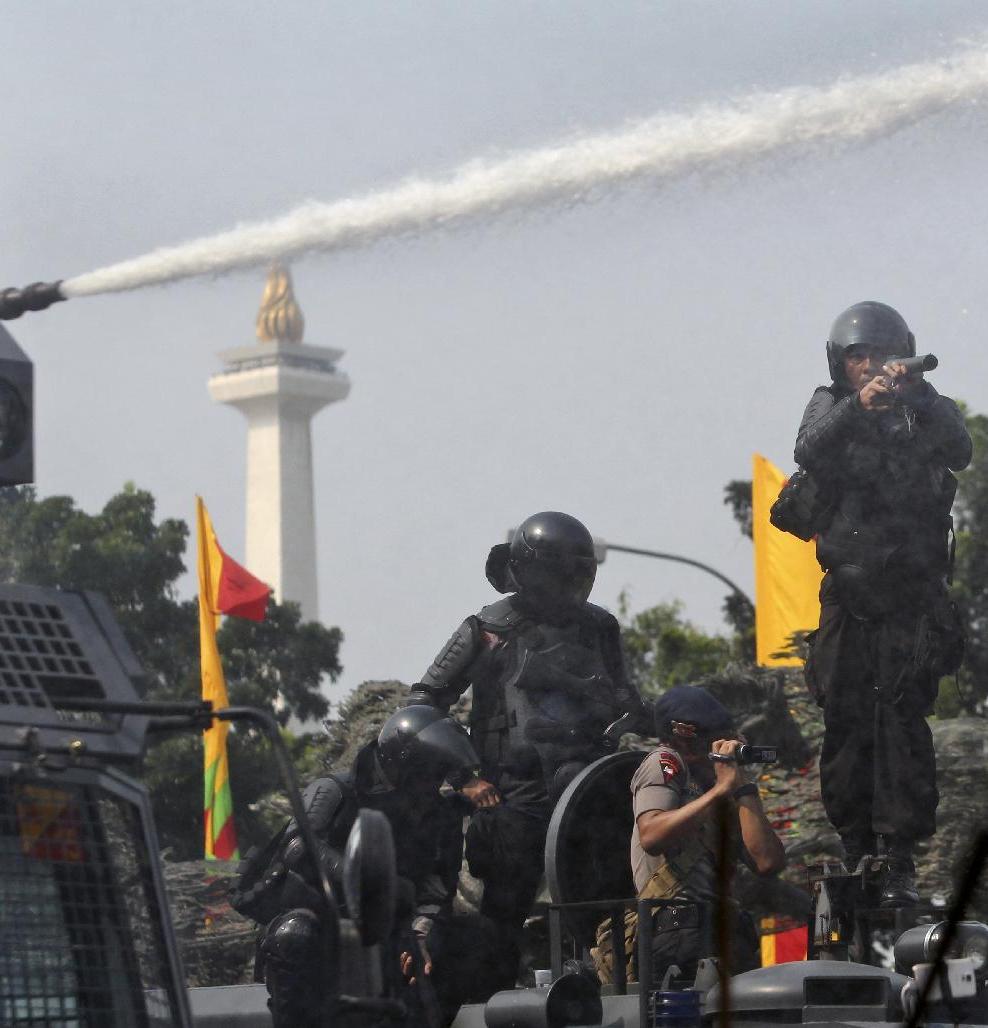