Small crowds staged largely peaceful protests late on Wednesday over the fatal shooting of a black teenager by a white police officer in Ferguson, Missouri. It was the calmest night since riots erupted over the racially charged killing. U.S. Attorney General Eric Holder met the parents of 18-year-old Michael Brown and promised his department would hold a thorough investigation into a case that has reignited a debate over the justice system’s treatment of African-Americans. The attorney general told Ferguson residents he had assigned the justice department’s “most experienced agents and prosecutors” to investigate Brown’s death, amid local suspicion that police will protect one of their own.

I am the attorney general of the United States, but I am also a black man … I can remember being stopped on the New Jersey turnpike on two occasions and accused of speeding.

As Holder met with locals, police said that one of its officers was suspended after pointing a semi-automatic assault rifle late Tuesday at a peaceful protester following a “verbal exchange.” Video posted on YouTube and aired on TV shows the officer using foul language as he appears to say: “I will [expletive] kill you. Get back.” When the protester asks his name, the response is: “Go [expletive] yourself.” 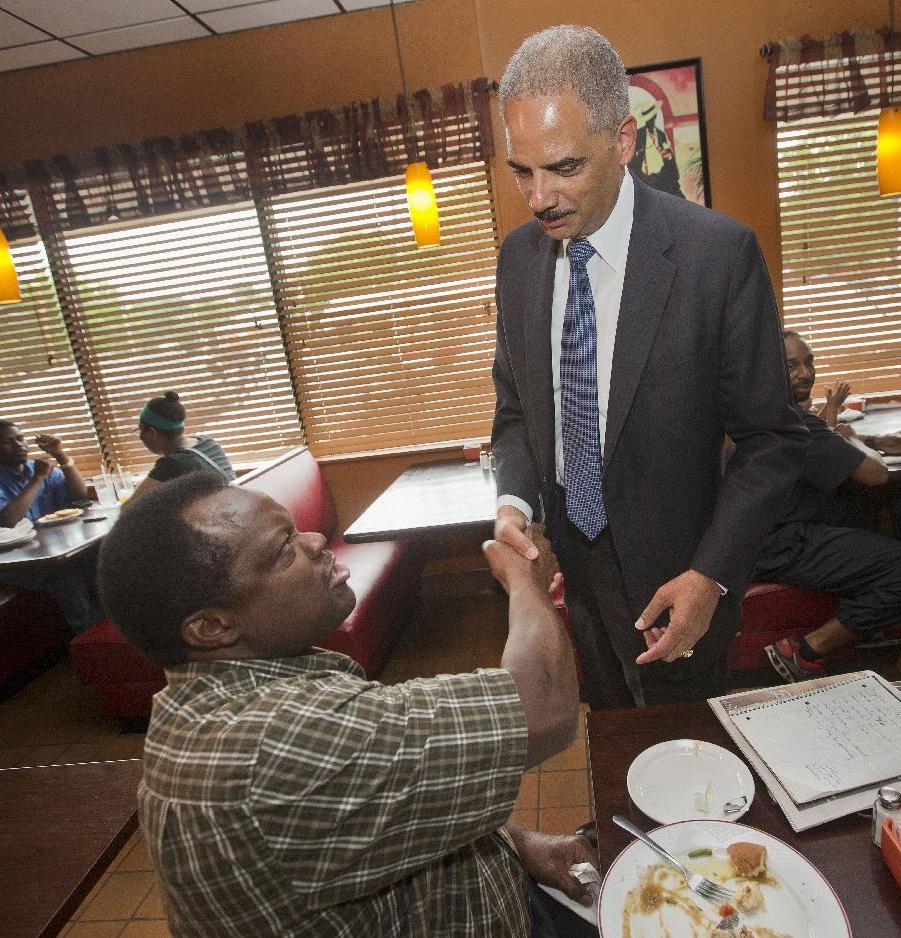