Innocents caught in the crossfire between Israel, Palestine and Syria

Israeli troops shot dead a mentally ill 27-year-old Palestinian who approached them in a West Bank refugee camp on Sunday, Reuters reports. Another Palestinian was killed in violent confrontations in the city of Ramallah, where stone-throwers clashed separately with Israeli troops and Palestinian police. Witnesses said both forces used live fire. Sunday’s deaths brought to four the number of Palestinians killed since Israel launched its most extensive military operation in the West Bank in years in response to the abduction of three Israeli teens on June 12.

Why, why security coordination? We get hit once by the Palestinian Authority and once by the Israeli army.

Chant of protestors in Ramallah

Meanwhile, an attack from inside Syria on Sunday killed a 15-year-old Israeli boy in the occupied Golan Heights, the first fatality on Israel’s side of the frontier since the Syrian civil war began, the military said. Israeli tanks fired at Syrian army positions in response to what an Israeli military spokesman described as an intentional attack. The Israeli military said it arrested 10 Palestinians on Saturday and that some 1,350 sites in the West Bank had been searched so far.

This is the most substantial event that we have had on the border with Syria since the beginning of the [Syrian civil] war. 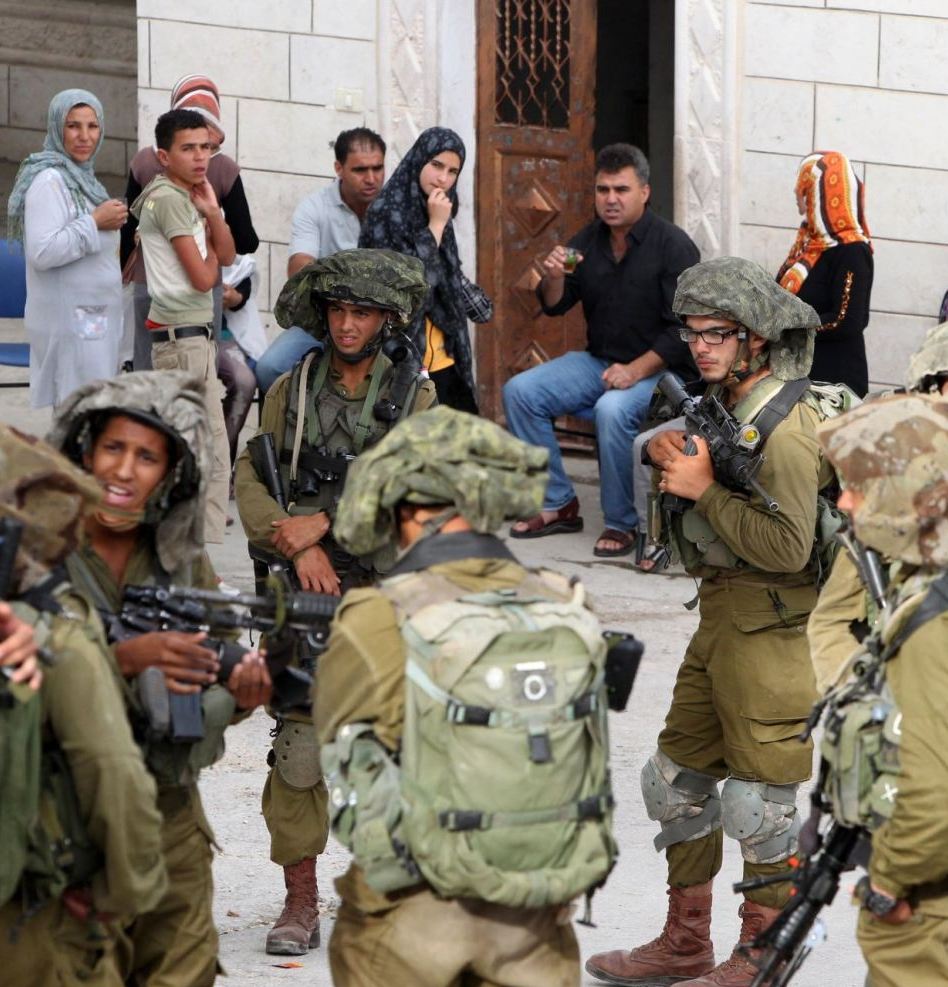