Kerry in Cairo for talks with Egypt’s new president

U.S. Secretary of State John Kerry arrived in Cairo on Sunday for talks with President Abdel Fattah el-Sisi over Egypt’s crackdown on the Muslim Brotherhood and the threat that the conflict in Iraq poses to the Middle East. Kerry is the highest-ranking U.S. official to visit Egypt since Sisi, the former military leader who toppled Islamist President Mohammed Morsi after mass protests last year, won a May presidential election. His visit comes a day after an Egyptian court confirmed death sentences against 183 members of Morsi’s Muslim Brotherhood, including its leader Mohamed Badie, in a mass trial on charges of violence in which one policeman was killed.

Those trials are a serious issue of due process concern for us and for others in the international community.

During his meeting in Egypt Kerry will press Sisi to release imprisoned journalists and will raise concerns about the mass trials and death sentences of Muslim Brotherhood supporters, a State Department official said. Kerry’s visit is part of a broader tour of the Middle East and Europe for talks on the conflict in Iraq. While in Egypt, Kerry will meet members of the Arab League to underscore the severity of the threat posed by Sunni militants to Iraq, the region and the United States, as well as the need for Iraqi leaders to form a government not divided along sectarian lines. 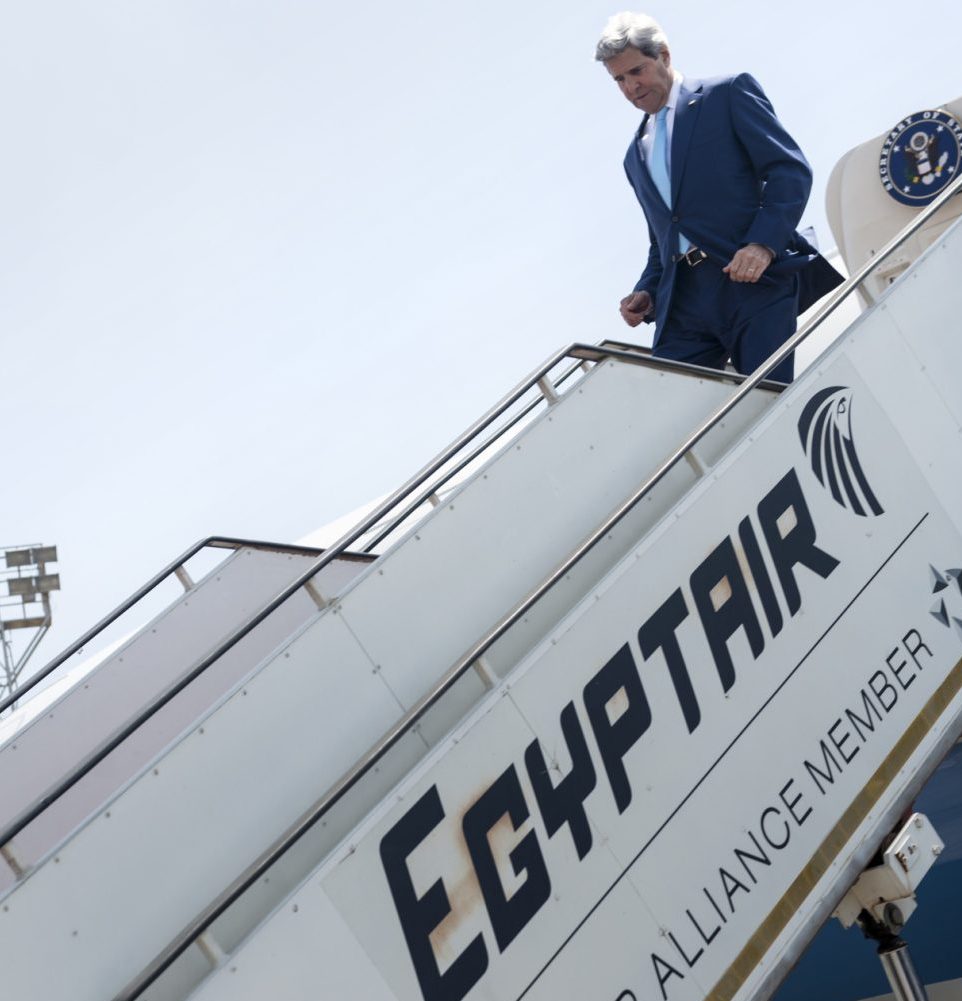