South Korean military authorities on Sunday surrounded a soldier who fled his North Korea border outpost after killing five comrades and were trying to persuade him to surrender, a defence official said. One platoon leader was wounded when the runaway soldier, identified only by his surname Yim, fired on the military personnel closing in on him, according to a defence ministry official who asked not to be named, citing department rules. The official said troops fired back. It wasn’t clear how officers were communicating with Yim. Yim opened fire Saturday night at an outpost near the North Korean border, killing five fellow soldiers and wounding seven others, the military said.

We can’t go outside … Soldiers have spread out all around our town. The headman told people this morning to stay inside through loudspeakers.

Byun Sang-man, an 80-year-old farmer, told Reuters from the village

In a similar incident in 2011, a South Korean marine went on a shooting spree at a base near the tense maritime border with North Korea, killing four fellow soldiers before trying to blow himself up with a hand grenade. All able-bodied South Korean men must serve about two years under a conscription system, and there are concerns that the new recruits are softer and find it harder than past generations to adapt to military life. 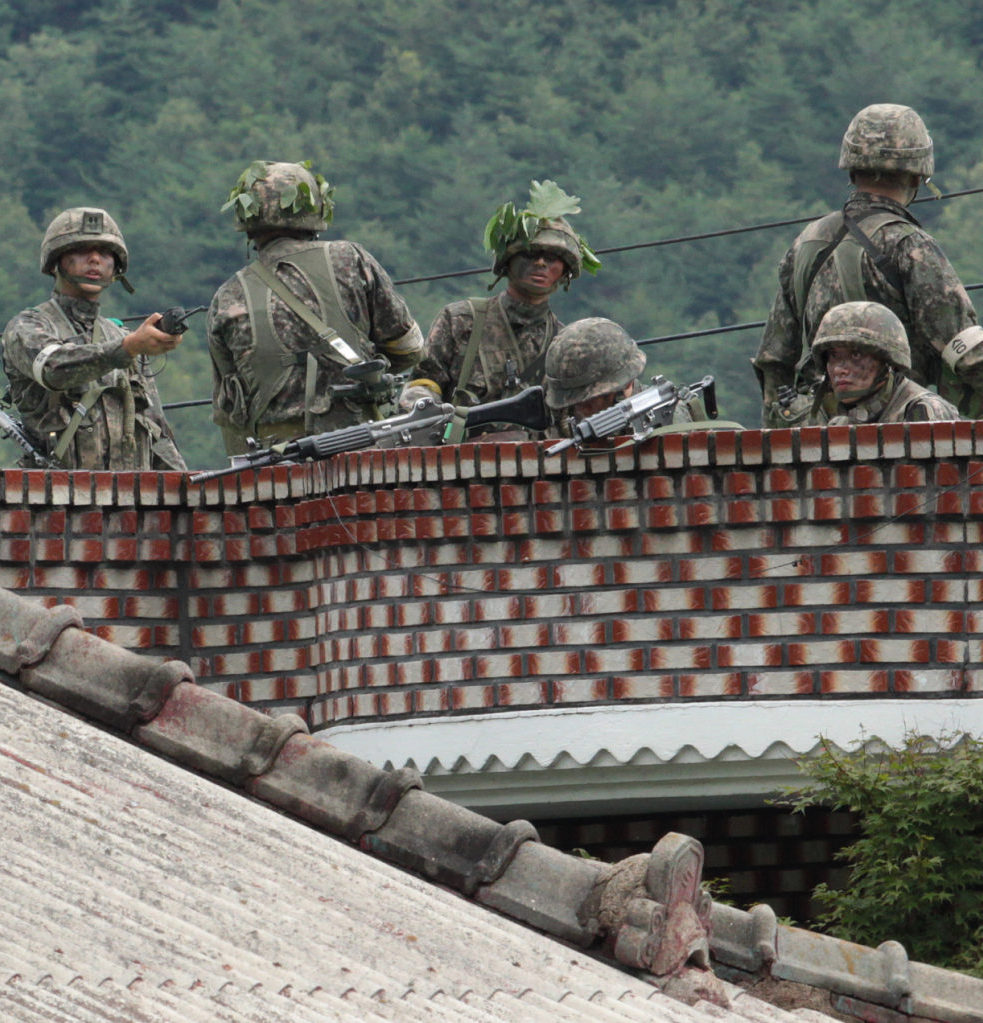