Iran has taken preparatory action to start up a uranium conversion plant it needs to fulfill an interim nuclear agreement reached with six world powers last year before the accord expires this month, diplomatic sources said. The launch of the facility would show Tehran’s commitment to the landmark Nov. 24 deal as it holds talks with the United States, Russia, France, Germany, Britain and China on a long-term settlement of the dispute over its atomic aims. The major powers want Iran to significantly scale back its nuclear programme to deny it any capability to quickly produce atomic bombs. Iran says its activities are entirely peaceful and want crippling sanctions lifted as soon as possible.

We see seriousness also on the other side…It is difficult, there are still significant gaps, but that is not a surprise. We are talking about very complicated technical issues and also very complicated political issues. So we are working hard to try to narrow those gaps.”

Under the initial accord that runs for six months until July 20, Iran is supposed to convert a large amount of low-enriched uranium gas into an oxide form that would be less suitable for processing into nuclear bomb material. It was one of the terms of the deal that won Tehran some easing of sanctions. In view of still wide differences in positions, some diplomats and experts believe the negotiations - and the preliminary agreement - may need to be extended. But Michael Mann, a spokesman for European Union foreign policy chief Catherine Ashton, who leads the negotiations on behalf of the powers, said they remained determined to try to get a comprehensive agreement by a self-imposed July 20 deadline. 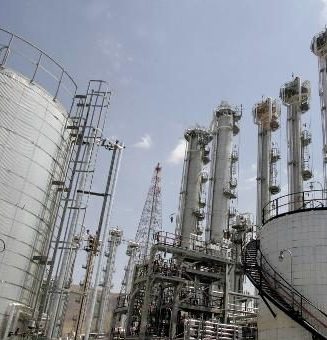