Princess Nikbanou was on the run from Arab invaders in 7th century Persia when, legend has it, she took shelter in the mountains of Chak Chak. Pressing herself against the cold rock, the daughter of Yazdegerd III is said to have been calling on her god for help when the mountain miraculously opened and enclosed her, keeping her hidden from invading Muslim armies. Today, the mountain is the most sacred of Zoroastrian mountain shrines, and the few who still follow the religion in Iran gathered there this week to mark the event. Inside the cave shrine, water drips from the ceiling—believed to be the mountain shedding tears in remembrance of Nikbanou. An immense tree nearby is said to have grown from Nikbanou’s cane.

Return to your motherland, and rest assured that we will welcome you with open arms.

Esfandiar Ekhtiari, the only Zoroastrian lawmaker in Iran’s parliament 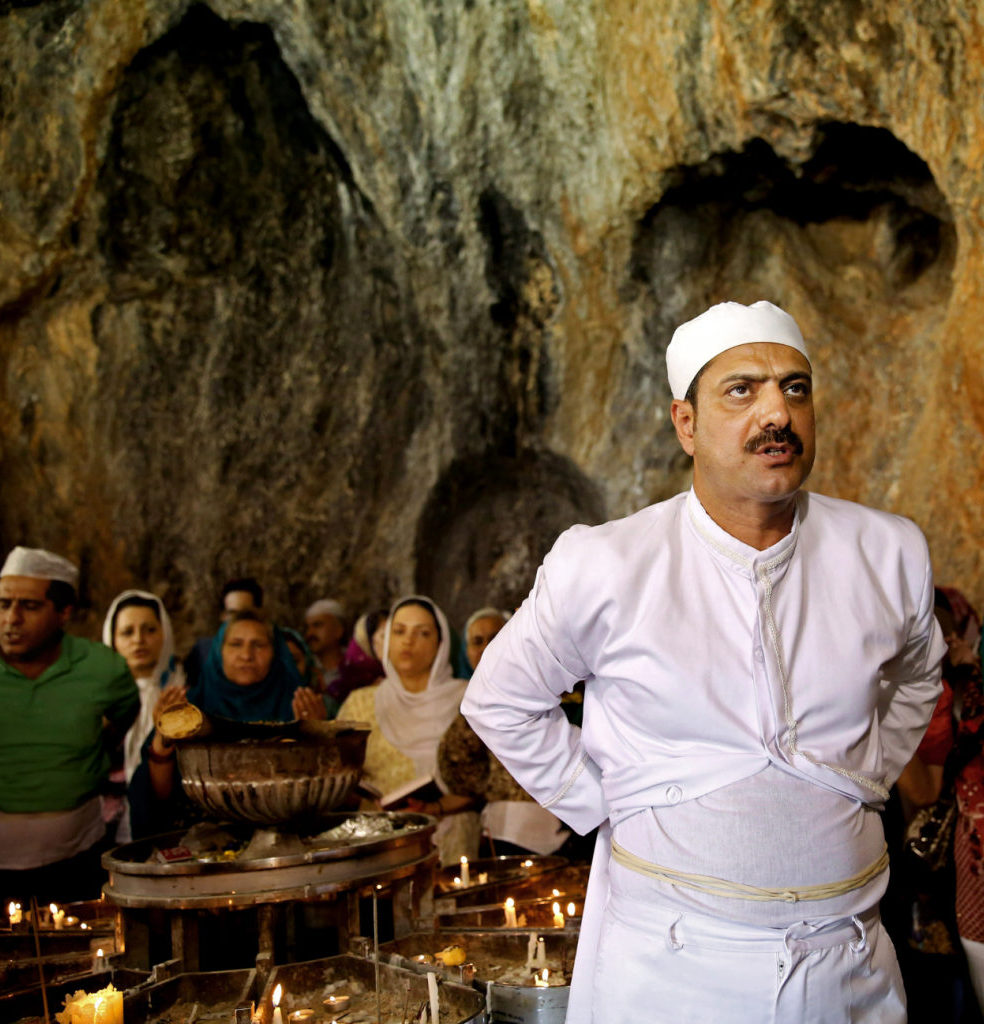