The Islamic Army of Iraq, the Sunni group fighting alongside the Islamic State of Iraq and the Levant (ISIL), has issued an ultimatum to Iraqi Prime Minister Nouri al-Maliki’s regime to resign or face a storm of insurgents on the capital, Baghdad. Sheikh Ahmed al-Dabash, co-founder of the Islamic Army, told the Daily Telegraph there was “no doubt” his men would move on Baghdad if Maliki did not step down.

We are not extreme like Isis, and we disagree with their policies. We reject using Sharia; we want a constitution under civil law.

Sheikh Ahmed al-Dabash, co-founder of the Islamic Army of Iraq

Meanwhile, in Baghdad, Shia militia loyal to the powerful cleric Moqtada al-Sadr have paraded through the streets of the city by their thousands. Dressed in fatigues and heavily armed, the men chanted “we will crush ISIL beneath our boots” as they marched. Sheikh al-Sadr called yesterday for a military parade and show of force across the country. 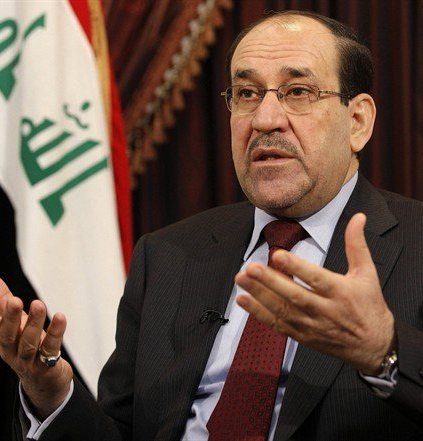