The Islamic State in Iraq and Syria (ISIS), also known as the Islamic State in Iraq and the Levant (ISIL), has declared the establishment of an Islamic state in the areas it controls and demanded allegiance from other Muslim groups worldwide. The Sunni militant group proclaimed its leader, Abu Bakr al-Baghdadi, as “caliph”—the head of the state, and said the “caliphate” stretched from Aleppo in Syria to Diyala in Iraq. ISIS spokesman Abu Muhammad al-Adnani said in an audio recording, on the first day of Ramadan: “He is the imam and khalifah [caliph] for the Muslims everywhere.”

His [al-Baghdadi’s] authority has expanded over wide areas in Iraq and Sham [Levant]. The land now under his leadership spreads from Aleppo to Diyala.

ISIS’ declaration comes as the Iraqi government is battling to take back some of the territory it has lost to the jihadist group in recent weeks. ISIS fighters overran the Iraqi city of Mosul last month in a lightning action and have been advancing toward Baghdad. In Syria, they have captured territory in the north and east, along the frontier with Iraq. Yesterday, Iraqi helicopter gunships struck suspected insurgent positions for a second consecutive day in the northern city of Tikrit, the birthplace of Saddam Hussein, around 80 miles north of Baghdad.

It is a matter of time before we declare the total clearing of Tikrit. 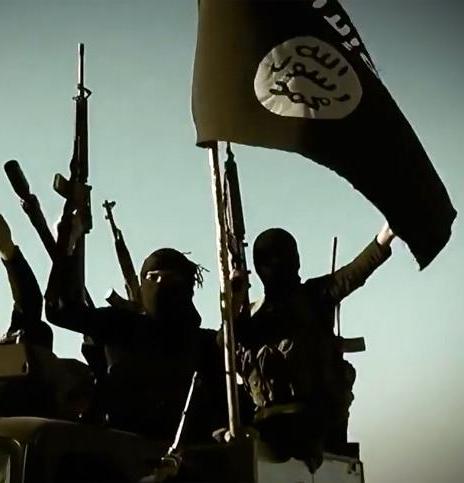