A study carried out by Facebook and two universities has angered users who have accused the social networking site of manipulating their emotions. The U.S. technology firm secretly altered the news feeds of 700,000 users as part of the study, which explored “emotional contagion.” Facebook tampered with the algorithm that controls users’ feeds in order to find out how the changes affected their moods.

One reaction to the study from a Twitter user

Researchers wanted to see if positive or negative words in messages led to positive or negative content in users’ status updates. The researchers found that once users had been exposed to positive or negative words in their feeds, the tone of their updates changed accordingly. The study took place in 2012, with Cornell University and the University of California. The findings became known on social media after the online magazine Slate and The Atlantic website reported on it. Facebook users have taken to Twitter to express their anger at the study, calling it “super disturbing,” “creepy” and “evil.”

Results indicate that emotions expressed by others on Facebook influence our own emotions, constituting experimental evidence for massive-scale contagion via social networks. 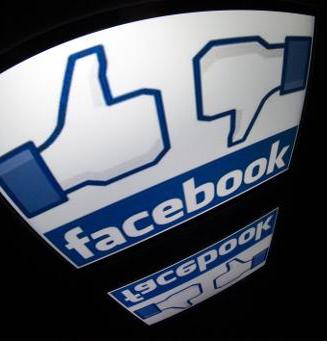