The Islamic State group launched an attack Saturday on the Syrian border town of Kobani from Turkey, a Kurdish official and activists said, although Turkey denied that the fighters had used its territory for the raid. The assault began when a suicide bomber driving an armoured vehicle detonated his explosives on the border crossing between Kobani and Turkey, said the Britain-based Syrian Observatory for Human Rights and Nawaf Khalil, a spokesman for Syria’s powerful Kurdish Democratic Union Party. A Turkish government statement on Saturday confirmed that one of the suicide attacks involved a bomb-loaded vehicle that detonated on the Syrian side of the border. But it denied that the vehicle had crossed into Kobani through Turkey, which would be a first for the extremist fighters.

Claims that the vehicle reached the border gate by crossing through Turkish soil are a lie.

Statement released by the Turkish government

Mustafa Bali, a Kobani-based activist, said by telephone that Islamic State group fighters have taken positions in the grain silos on the Turkish side of the border and from there are launching attacks toward the border crossing point. He added that the U.S.-led coalition launched an airstrike Saturday morning on the eastern side of the town. The Islamic State group began its Kobani offensive in mid-September, capturing parts of the town as well as dozens of nearby villages. The town later became the focus of airstrikes by the U.S.-led coalition against the militants. The Observatory said Saturday the latest fighting killed at least eight Kurdish fighters and 17 jihadis. 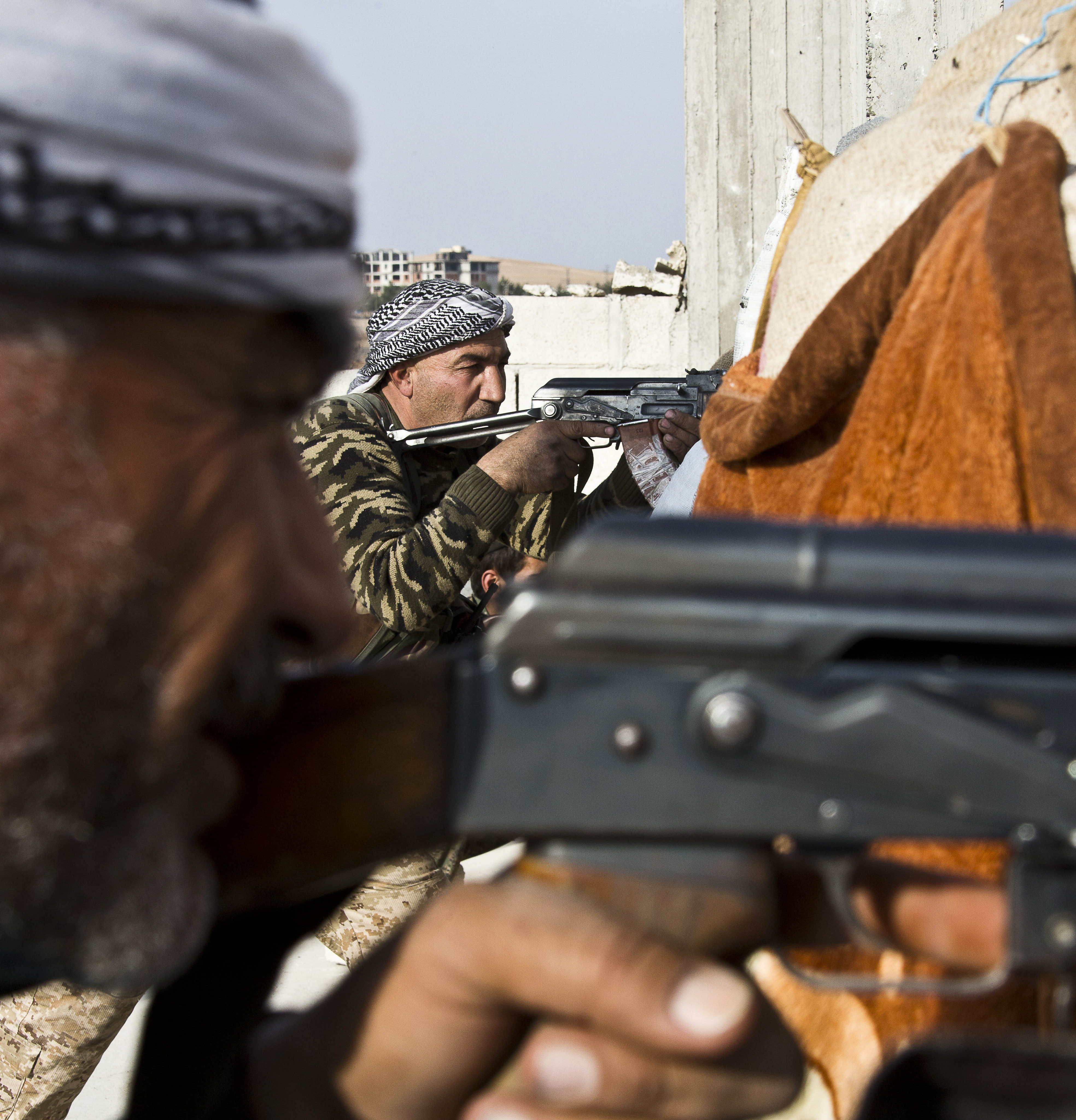