Islamic State militants (IS) have reportedly captured part of a town close to the Syrian border with Turkey after days of fierce fighting. The extremist group raised its black flag on a building on the eastern side of Kobane, where Kurdish fighters have been involved in clashes after a nearly three-week siege of the town, according to Reuters. A second flag has also been reportedly raised on a hillside overlooking the town. Idris Nahsen, a Kobane official, had said the militants were less than a mile from the town, which was hit by rockets and mortars during fighting over the weekend.

The U.S. also carried out three airstrikes targeting IS positions near the town in Syria on Sunday. The British-based Syrian Observatory for Human Rights claimed at least 33 IS militants and 23 Kurdish defenders were killed during the fighting. IS began its advance on Kobani on 16 September, forcing around 186,000 people to flee across the border into Turkey. It has seized swathes of Syria and Iraq after declaring an Islamic caliphate in June, including a long stretch of the Syria-Turkey border. The Turkish parliament authorised involvement in the campaign against IS last week, but no military operations have been announced. 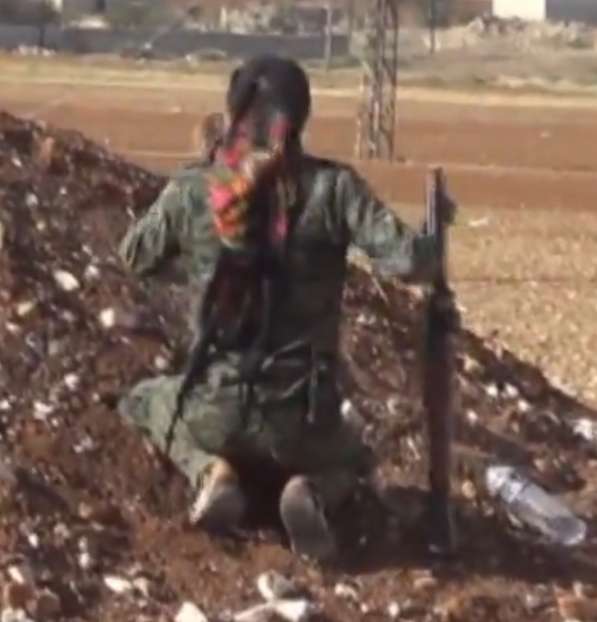