Israeli aircraft bombed a Hamas militant base in the Gaza Strip on Friday for the first time since the end of a war in the territory, in response to a rocket that militants launched earlier in the day, the army said. The bombs struck in the Khan Younis area in the southern Gaza Strip. Local hospital officials said there were no casualties. The militant rocket fired earlier landed in a field in southern Israel and did not cause casualties.

The IDF (military) will not permit any attempt to undermine the security and jeopardize the well being of the civilians of Israel. The Hamas terrorist organization is responsible and accountable for today’s attack against Israel.

Two previous cases of militant rockets landing in Israel have been recorded but there was no retaliation to them. Israel launched its Gaza offensive on July 8 with the declared aim of halting cross-border rocket salvos by Hamas. The fighting was ended by an Egyptian-brokered truce on August 26. In a separate incident on Friday, four Palestinian protesters were shot in the legs by Israeli troops after they ignored warnings to keep away from the border fence between the coastal territory and the Jewish state, the military and Gaza medical officials said. 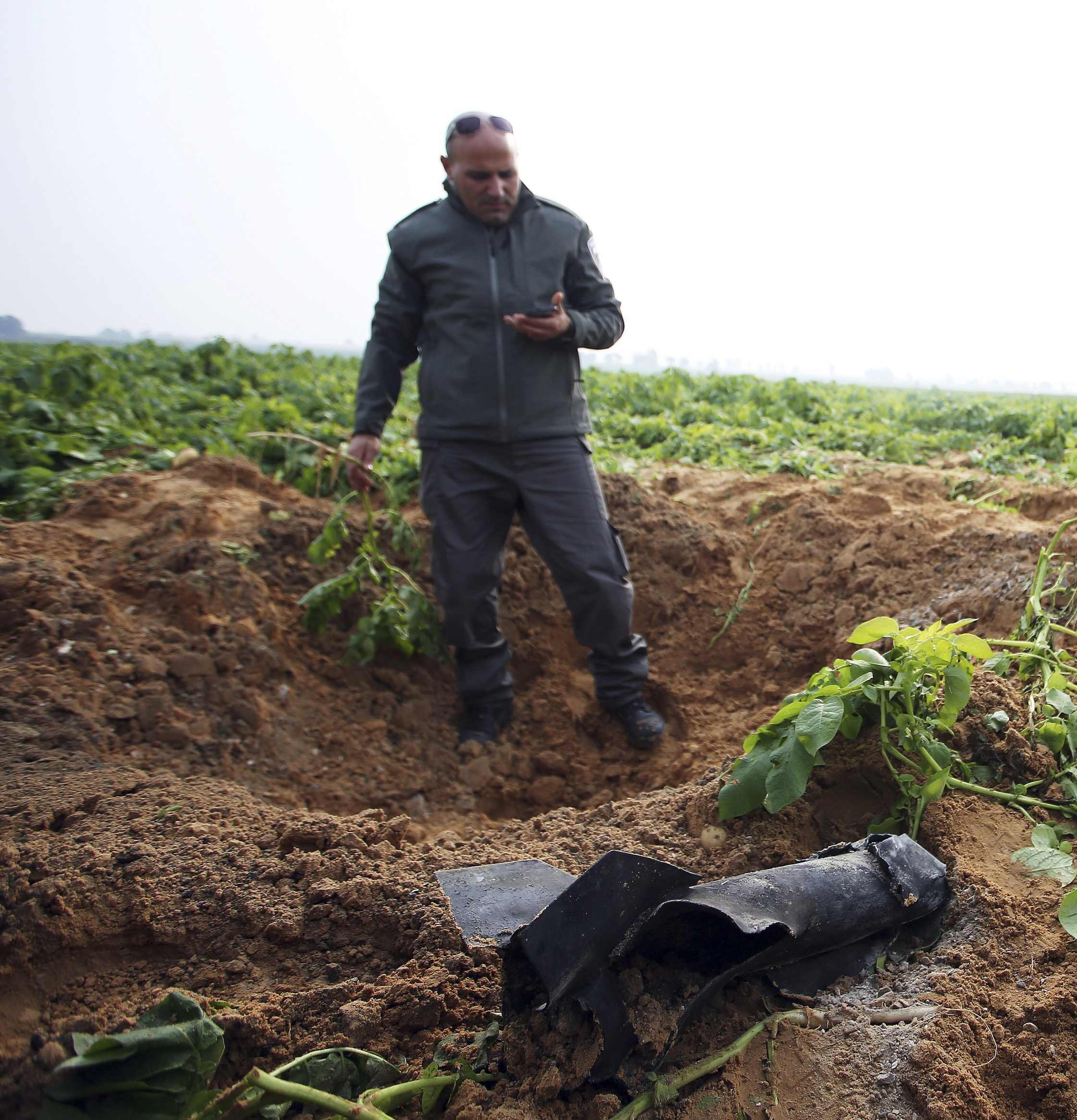