Stepping out of his legendary brother’s shadow, President Raul Castro has scored a diplomatic triumph and a surge in popular support with the deal that ends decades of open hostility with the United States. For many Cubans, the restoration of diplomatic relations and President Barack Obama’s promise to dismantle economic sanctions against the communist-run island have raised hopes of a more prosperous future. The deal with Obama this week has triggered marches of support in the capital Havana. More and more, demonstrators chant “Viva Raul!”, a significant change in a country long dominated by the outsized personality of his older brother, Fidel Castro.

Raul Castro is doing things that Cuba needs. A lot of people didn’t believe in him, but his work is on display. He is changing the country quietly, without speeches, and without bragging about it.

While the end of hostility between Cuba and the United States has the greater historic importance, the release of the three Cuban spies had a huge impact in Cuba. It culminated a 16-year campaign to win the freedom of five “anti-terrorist heroes,” who had been jailed in the United States for spying on anti-Castro exiles in Florida. The other two had already returned home in 2013 and 2014 upon serving their terms, and the freedom of the final three was met with jubilation. U.S. officials say the five were caught red-handed but in Cuba they were seen as heroes who infiltrated extremist groups at a time when anti-Castro extremists were bombing hotels in Havana. Images of the men returning home, hugging Castro and their relatives in the airport, have dominated the state-controlled media in a Cuban feel-good story.

He has been pragmatic, giving Obama the space he needed to make this happen, allowing Obama to come off in a good light. He’s been very smart about this. 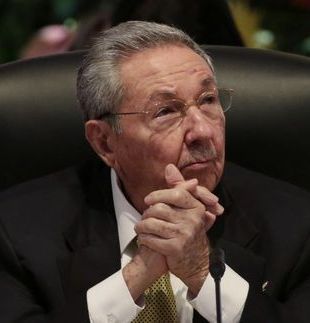