Israeli fighter jets have bombed dozens of sites in the Gaza Strip hours after vowing to take revenge on the killers of three teenagers. Soldiers also demolished the West Bank homes of two main suspects in the murders of the kidnapped trio. A man was shot dead after allegedly throwing a grenade at troops attempting to arrest a militant in the Jenin refugee camp.

They were kidnapped and murdered in cold blood by beasts … Hamas is responsible and Hamas will pay.

The Israeli teenagers’ bodies were found under a pile of rocks in an isolated spot near Hebron, three weeks after they went missing. Eyal Yifrach, 19, and 16-year-olds Gilad Shaer and Naftali Frenkel disappeared on June 12 while hitchhiking home from the Jewish school where they were studying. Their bodies were found by soldiers after the biggest Israeli ground operation inside the West Bank in nearly a decade. Hamas, which controls the Gaza Strip, has denied any involvement in the kidnappings.

Threats don’t scare Hamas and if [Mr Netanyahu] wages a war on Gaza, the gates of hell will open on him. 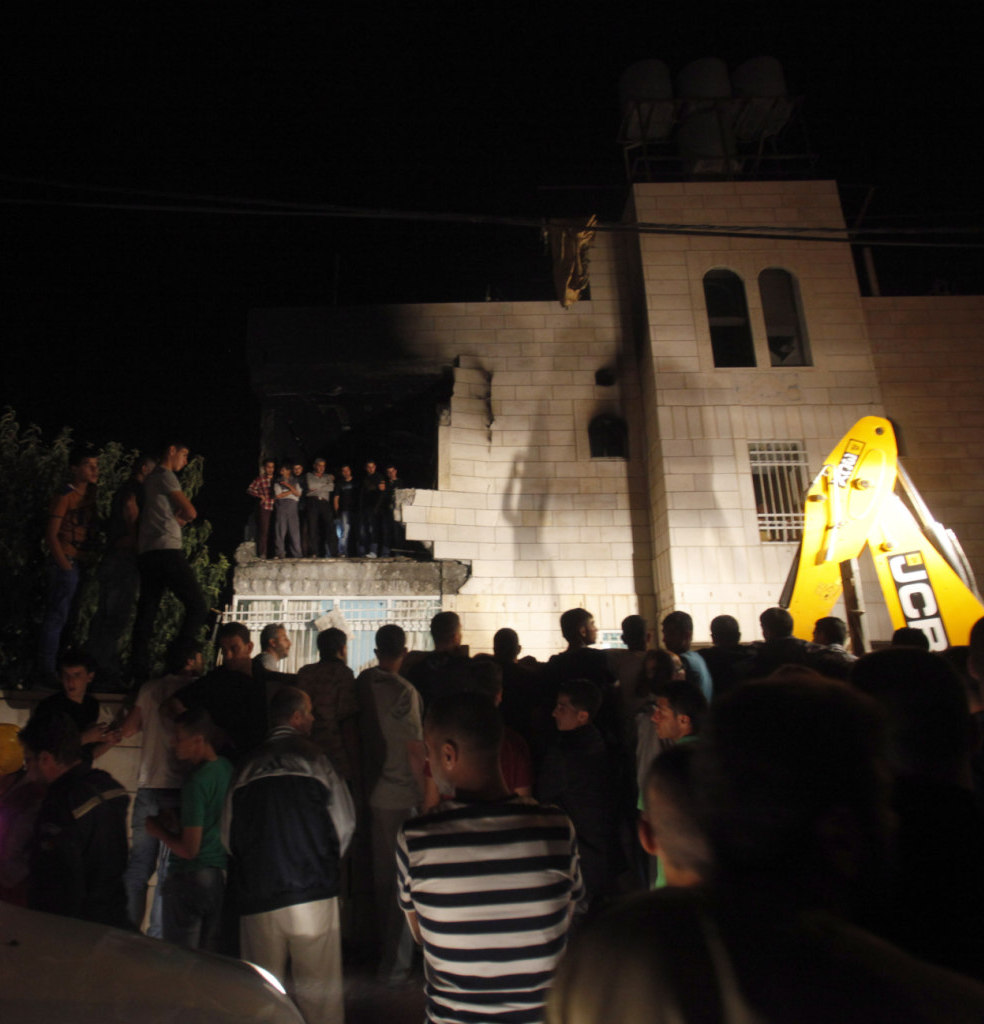