A computer programmer who filmed Fast & Furious 6 from the back of a cinema and then uploaded it to the internet has been jailed for almost three years. The pirate copy of the film was downloaded 779,000 times, costing one of Hollywood’s biggest film-makers $3.8m. Philip Danks, 25, from Walsall, West Midlands, was the first person in the world to record and distribute the movie illegally after filming it on its release day on May 17 last year.

I accept the personal profit was modest but the real seriousness of this case is the loss caused to the film industry as a whole.

A court heard a special “webwatch” team - set up by LA-based Universal Pictures because the film was so valuable - spotted his copy spreading across the internet. He was caught when fraud investigators noticed that his online tag ‘Thecod3r’ attached on the video was identical to his profile on dating website Plenty of Fish. He was arrested at his home on May 23. On Thursday, he pleaded guilty to three charges of distributing pirate copies of films and was jailed for 33 months.

The first person with a pirated version attracts much kudos. He wanted recognition from the community.

Ari Alibhai, prosecuting on behalf of the Federation Against Copyright Theft 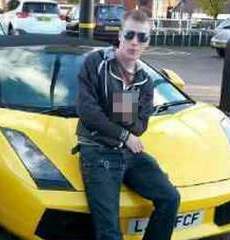