For the first time since the Islamic militant group ISIL released the shocking video of the beheading of American journalist James Foley earlier this week, his brother MIchael and sister Katie spoke in an exclusive interview with Yahoo Global News Anchor Katie Couric this morning. Michael Foley said that the U.S. government could have done more to attempt to free his brother and other American hostages from the Islamic militant group ISIL.

I really, really hope that Jim’s death pushes us to take another look at our approach to terrorist and hostage negotiation.

Foley, a 40-year-old journalist who was covering the Syrian conflict for GlobalPost, was kidnapped nearly two years ago near the Syria-Turkey border Since his death, the Foley family has gathered at their home in New Hampshire, and the family members have spent much time consoling each other and reminiscing about James Foley. There has been a outpouring of support for the family, including a call from Pope Francis.

[Pope Francis] referred to Jim’s act as martyrdom, and that it won’t be lost. It won’t be for naught. 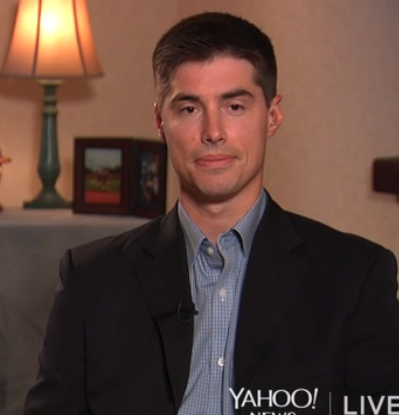