Japan braces itself for ‘once in decades’ super typhoon Neoguri

A “once in decades storm” is heading north Japan and set to hit the southern Okinawa island chain on Wednesday with powerful winds before making landfall on Kyushu, the westernmost main island. Neoguri strengthened into the first super typhoon of 2014 and was already gusting at more than 250 km an hour on Monday and may pick up still more power as it moves north. There are no nuclear plants on Okinawa, but there are two on Kyushu and one on Shikoku island, which borders Kyushu and could also be affected. One of the largest U.S military establishments in Japan is on alert.

I can’t stress enough how dangerous this typhoon may be when it hits Okinawa. This is not just another typhoon.

Around two to four typhoons a year make landfall in Japan but they are unusual in July. Negoguri is not expected to be as strong as Typhoon Haiyan, which killed thousands in the Philippines last year. 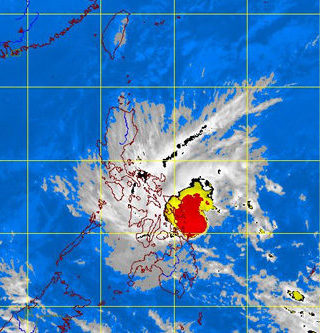