Ukrainian government forces have re-gained control of the rebel stronghold of Slavyansk, a flashpoint city in the fighting between Kiev’s troops and pro-Russian insurgents. Ukraine’s Defence Ministry said Ukrainian soldiers hoisted the national flag in the eastern town after pushing out the pro-Russian insurgents. The Ukrainian national flag was raised over the Slavyansk city council before a line-up of Ukrainian soldiers, said a statement posted on the Ukrainian administration’s website, citing Defence Minister Valeriy Geletey.

Those so-called defenders, those terrorists, they are still dreaming of the Soviet Union. They do not seem to understand that this is the 21st century.

This week, Ukraine’s ceasefire with pro-Russian separatists expired. But, amid increasing violence, Mr Poroshenko on Friday called for immediate crisis talks with rebel commanders and Russia. Residents of Slavyansk are still reeling from the sequence of events that began with heady aspirations to return to the fold of former Soviet master Russia – or at the very least gain some sort of autonomy from Kiev – and ended with the town being plunged into war.

No one imagined it would end like this, no water, no electricity, no gas. Even during the war (WWII) it was better. 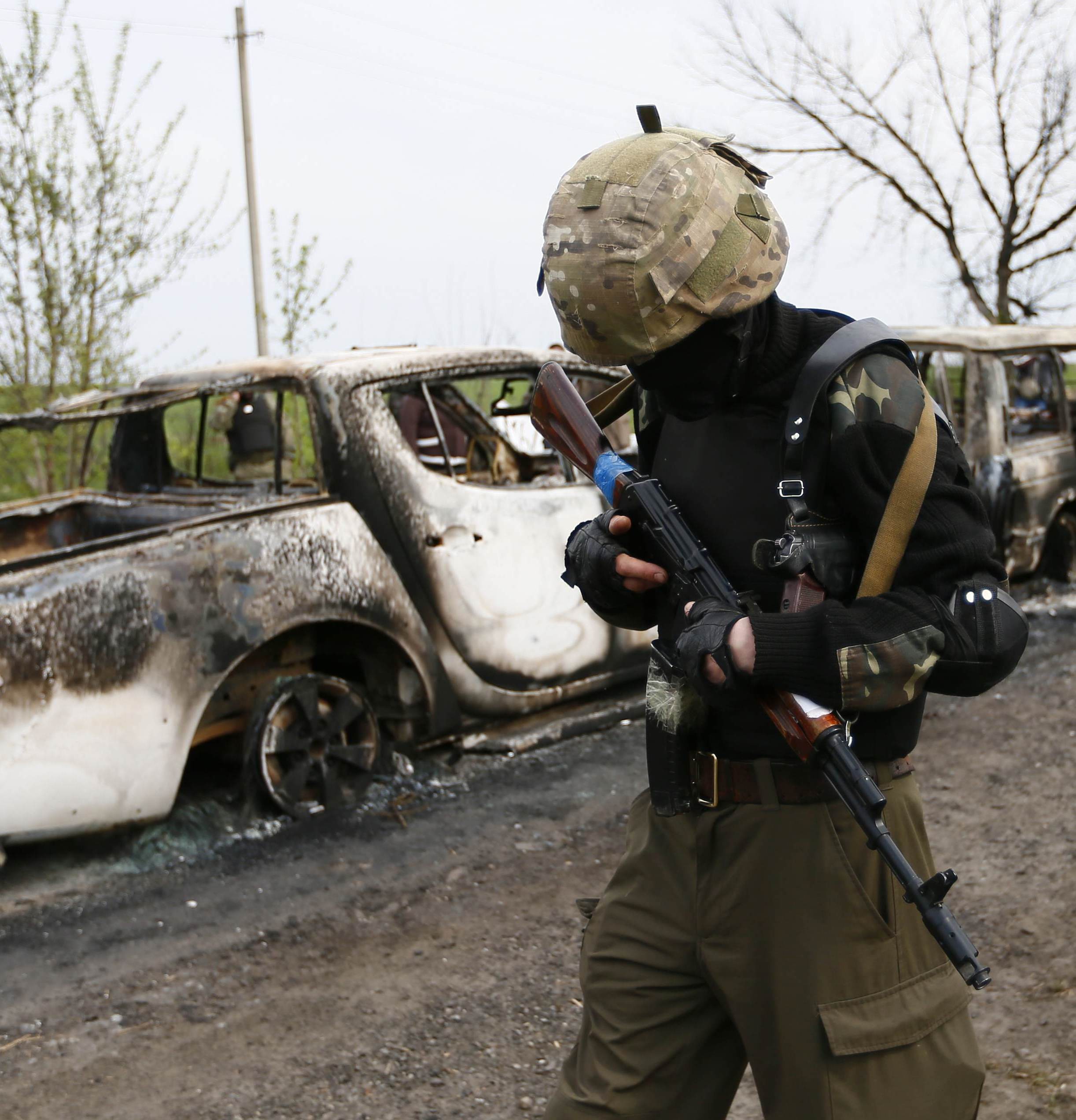