Since Japan’s defeat in World War II, its military has been shackled by restrictions imposed by a victorious U.S. and that, over time, a majority of Japanese adopted as their own. Now, the shackles are being loosened. Japan’s Cabinet on Tuesday approved a reinterpretation of the country’s pacifist postwar constitution that will allow the military to help defend allies and others “in a close relationship” with Japan under what is known as “collective self-defense.”

For 70 years, Japan has kept its peace with its constitution. What are we to do with that stupid man trying to trample over the precious constitution?

The issue has divided Japan, where many worry about China’s growing military assertiveness but also support the anti-war clause of the constitution and fret about a possible slide toward the militarism that led to World War II. Opponents also worry the new policy could be a step toward eventual participation in joint military actions such as the war in Iraq. About 2,000 people protested outside Prime Minister Shinzo Abe’s office, saying that any change to the constitution should be made through a public referendum, not simply a Cabinet reinterpretation.

Most Japanese, over two-thirds, feel that this peace constitution is part of their identity. 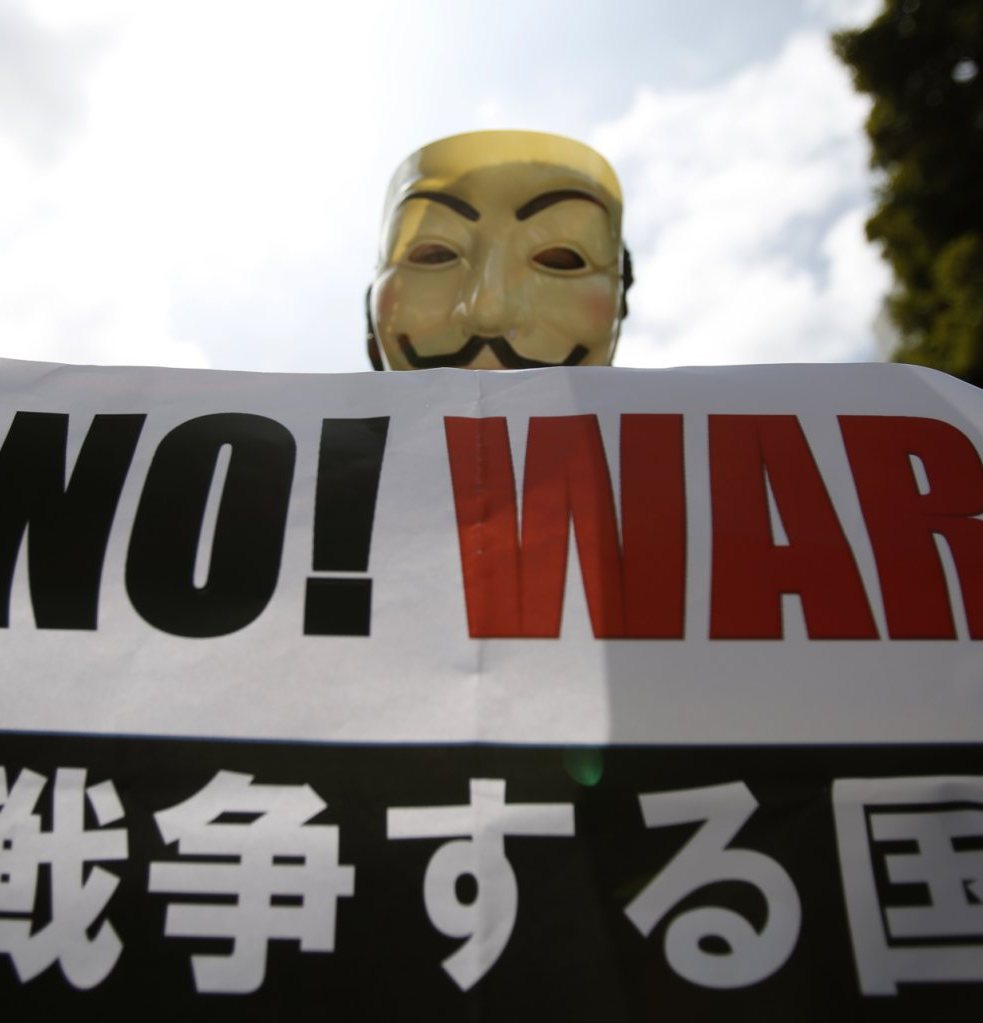