Japanese Prime Minister Shinzo Abe on Friday sent a ritual offering to a Tokyo shrine to war dead but did not join senior government officials in a visit, a decision meant to avoid inflaming ties with Beijing as he seeks a Sino-Japanese summit. His offering to the Yasukuni Shrine on the 69th anniversary of Japan’s defeat in World War II still angered South Korea and China, where bitter memories linger of Japan’s actions before and during the war.

He [Abe] wants to express his respect and to pay homage to the people who sacrificed their lives for the nation, while praying for a lasting peace.

Ties between Japan and China are strained over a host of issues, including a territorial row over a set of remote islands and China’s declaration late last year of an air defense identification zone (ADIZ) in the East China Sea. Beijing and Seoul have also criticized Abe’s government for backing away from its post-war pacifism, by easing weapons export restrictions and ending a ban that has kept the military from fighting abroad. 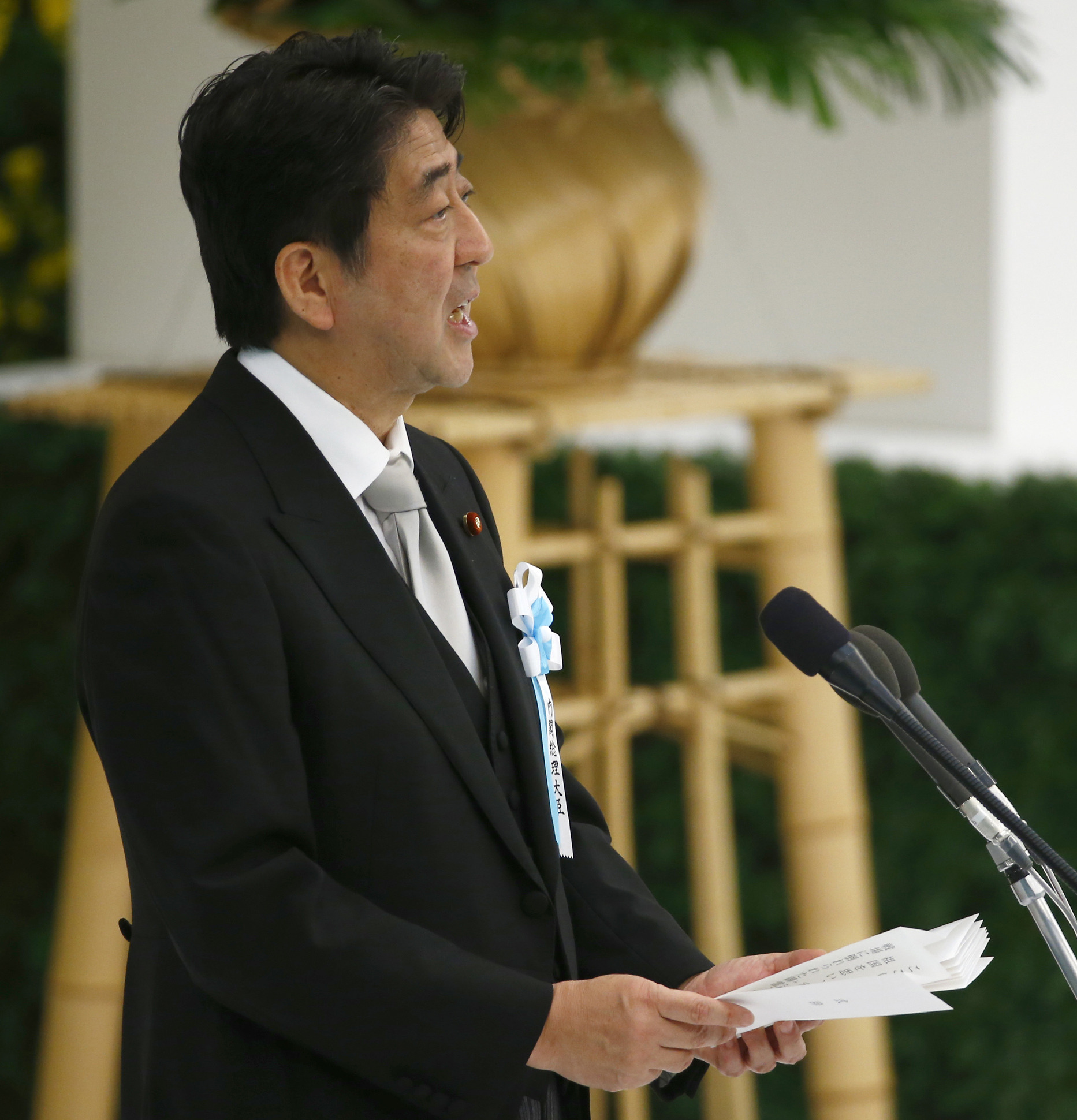