A future in which it is difficult to tell man and machine apart could soon become reality, after recent robotic breakthroughs in Japan. But as the gap between humans and robots narrows, society faces ethical and legal complications as yet undreamed of, scientists warn. Robots already perform a wide variety of tasks in Japan: they cook noodles, help patients undergo physiotherapy and have been used in the clean-up after the 2011 nuclear meltdown at Fukushima. South Korea deploys jellyfish-terminating robots, while a robot with artificial intelligence able to analyse market trends has become a company director in Hong Kong. Future gazers predict robots will one day perform all kinds of household chores, monitor the sick, and even serve up lattes.

A chatty humanoid called Pepper was unveiled recently by Japanese mobile carrier SoftBank, which claims it can understand people’s emotions and “70-80 percent of spontaneous conversations”. Ishiguro foresees that just as younger people today are attached to their mobile phones, androids will one day become an indivisible part of our landscape. He also believes the floodgates to deepening relationships with robots will open once Pepper goes on sale and people take ‘him’ into their hearts. But, he says, that is where the moral problems will arise.

As we become closer to androids, we could hesitate to pull the switch…Suppose someone burgles your house and you kill them to protect the robot. What kind of discussion will the lawyers have in court? 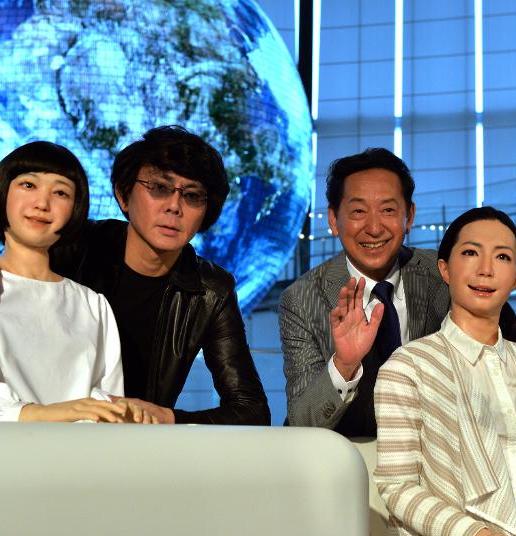