Jaws vs. claws! Giant crocodile and shark fight to the death in Australia

Tourists looked on in shock as a three-legged, 5.5-metre saltwater crocodile fought a bull shark in a titanic face-off. One of Australia’s most famous crocodiles, Brutus, was spotted wrestling with the creature between its jaws on the banks of the Adelaide River in Kakadu National Park in the Northern Territory. The shark appeared to be no match for the 80-year-old reptile who, despite missing a front leg and most of his teeth, had the sea creature firmly in his grasp.

It was on the way back to the jetty, we went past Brutus again, he was up on the bank. As we were going past, we noticed that there was a fin.

Andrew Paice, on board the wildlife cruise

Andrew Paice was on an hourlong wildlife cruise with his family and said his 7-year-old daughter was left “awestruck”. “So were the rest of the people [on board] including the guide—he had never seen it before either and he had been there for about 30 years. He was so excited,” he said. Local newspaper reports on Tuesday suggested Brutus emerged the victor.

We thought it was a barramundi [fish] or something. And the guide took the boat in for a closer look and lo and behold … it was a shark. 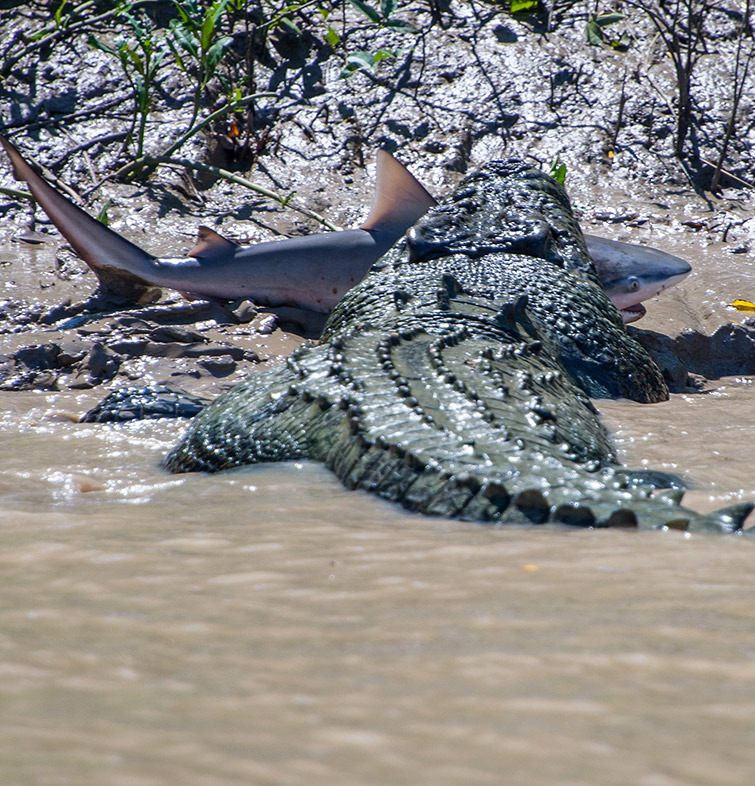