A probe launched in 2004 to chase a comet billions of kilometres around space has today made contact with Earth after reaching its target. The European Space Agency’s (ESA) Rosetta travelled 6.4 billion kilometres across the asteroid belt to track down 67P/Churyumov-Gerasimenko. It is the first mission in history to rendezvous with a comet and will now follow the rock around the sun before deploying a lander to its surface. “We’re at the comet,” declared Rosetta’s flight operations manager, Sylvain Lodiot.

Rosetta is the sexiest space mission there has ever been. Once we’ve got the rendezvous done we’re going to have a ringside seat. It’s going to be an awesome ride.

Both the comet and the probe are now travelling around the sun at about 54,999 kph. The craft was launched in March 2004 and completed the latest phase of its mission by moving within 100 kilometres of the comet. In November, Rosetta will deploy a small robotic lander, Philae, which will steer itself to the comet’s surface by shooting harpoons into the rock—a move never attempted before. 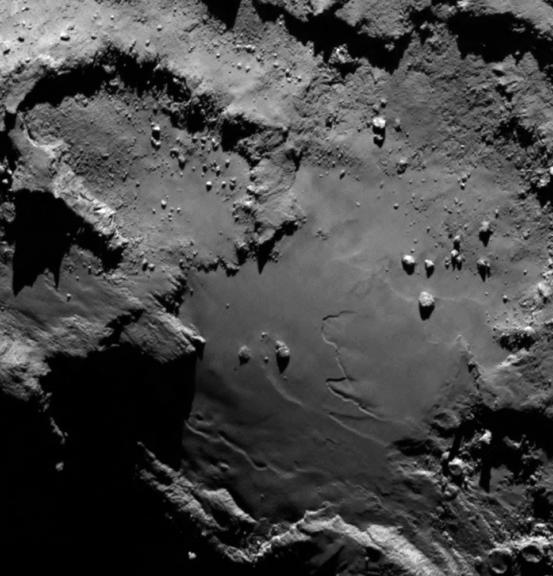