A French-Algerian man suspected of carrying out a deadly shooting at the Jewish Museum in Brussels is appealing a court decision to extradite him to Belgium, his lawyer said on Saturday. Mehdi Nemmouche, who was detained several days after the attack in which four people died, has 15 days to challenge the ruling. A final decision must then be made within 40 days.

Mehdi Nemmouche was informed of the decision of the court of appeal in Versailles on Thursday and he filed an appeal notice the same day.

He was arrested on May 30 in the southern city of Marseille in a bus coming from Brussels during a random check by customs officials. Nemmouche had in his possession a revolver and a Kalashnikov rifle—similar weapons to those used in the shooting—as well as a portable camera. A Jewish couple was killed in the May 24 shooting, as was a French woman and Belgian man. 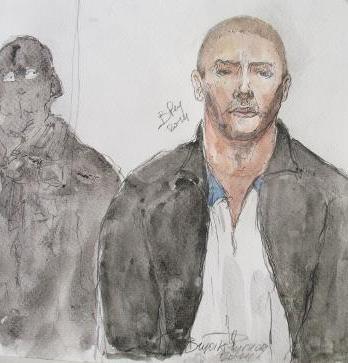