Jon Stewart has a simple explanation for selecting Mexican actor Gael Garcia Bernal to portray Maziar Bahari – an Iranian-Canadian journalist he hardly resembles – in the “Daily Show” host’s directorial debut, “Rosewater.” “We had a handsome-off,” Stewart joked during the Toronto International Film Festival. Bahari, now 47, was born in Tehran, moved to Canada in the late 1980s and studied at Concordia University in Montreal. He was in Iran to cover the 2009 presidential election, staying with his mother, when he was arrested under what he presumed must have been mistaken circumstances.

Maziar is a big triumph of the human spirit. It’s such an honour to be able to be close to him and to a person who went through that.

Gael Garcia Bernal, the actor who will portray Maziar Bahari

Bahari was accused of being a spy and subsequently spent 118 days in a notably brutal prison, enduring regular torture from an interrogator. The movie was shot over five weeks in Jordan – during which time Stewart notably ceded the “Daily Show” hosting chair to British breakout John Oliver – and Bernal paints a picture of an idyllic time, with nightly soccer sessions, relaxed hangouts over shisha and touristic side trips to Jerusalem and the Dead Sea. That atmosphere, Bernal said, was created by directorial newbie Stewart.

He’s a wonderful guy. It’s just incredible how nice it is to work with someone like him. 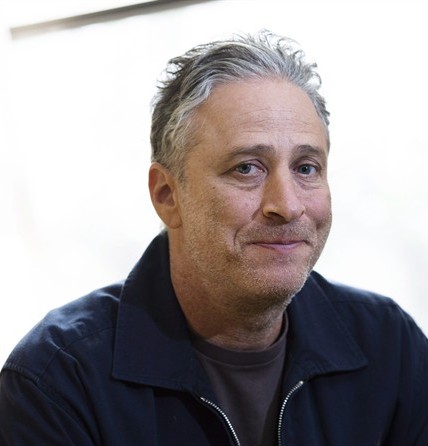