A sweat-stained dress worn by Judy Garland as Dorothy in The Wizard Of Oz could become one of the world’s most expensive costumes when it goes up for auction. The blue and white gingham dress is one of 10 worn by the actress as a teenage star in the 1939 classic. It is perhaps one of the most recognisable costumes in Hollywood, along with Dorothy’s ruby slippers. Auction house Bonhams have given the dress a guide price of $1.2m.

What is great about this is it has signs of use: There are sweat stains around the neck, but it is still in fine condition,” Catherine Williamson, director of entertainment memorabilia at Bonhams, told the SWNS news service.

The dress was made to make 17-year-old Garland look closer in age to the character who was 12. It goes on sale as part of the Treasures From The Dream Factory auction in New York on 23 November. Meanwhile, Leonard Nimoy’s Spock costume and a Stormtrooper helmet are among some of the film memorabilia going under the hammer in London. Nimoy’s costume is expected to fetch $109,000 at the BFI Imax cinema auction, while a Stormtrooper helmet from The Empire Strikes Back could go for as much as $94,000 on September 23. 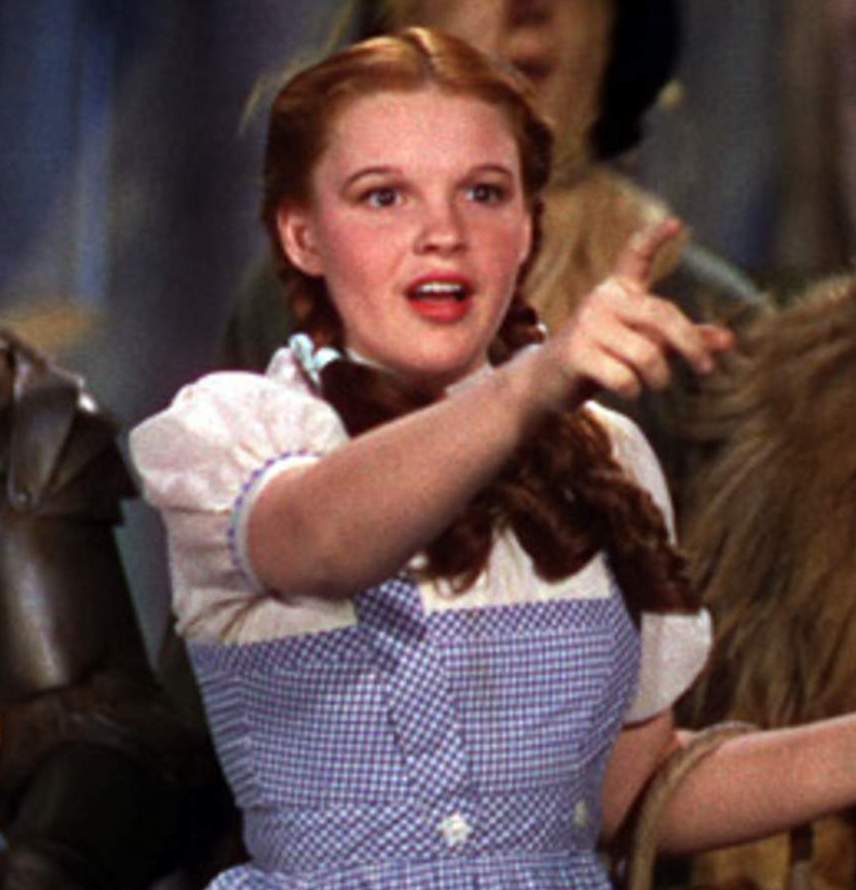