The perfect pick me up: Toyota’s robot designed to help the disabled

Toyota’s new robot that glides around like R2-D2 is devoted to a single task - picking things up. HSR, short for “human support robot”, comes with a single mechanical arm that can grasp objects of various shapes and sizes and also pick up smaller items with a tiny suction cup. It does not have other tricks in its repertoire, except for a computer panel on its head for surfing the internet. A person can also access the robot from another computer and use it like a camera phone.

Although it can only do one simple task of picking up, it’s already making disabled people quite happy. We’re just getting stated, but eventually we want it to enter people’s homes.

Kouichi Ikeda, its engineer, is serious about using it to help around regular homes. First people with disabilities, and then for the elderly in general. Picking up is especially challenging for people with spinal disorders and other ailments that hamper the ability to stoop down and grab, he said. Nearly 40% of Japan’s population will be 65 or older by 2060, and with the rest of the developed world and some developing nations following that track, Toyota is banking on the demand for robot helpers to grow. 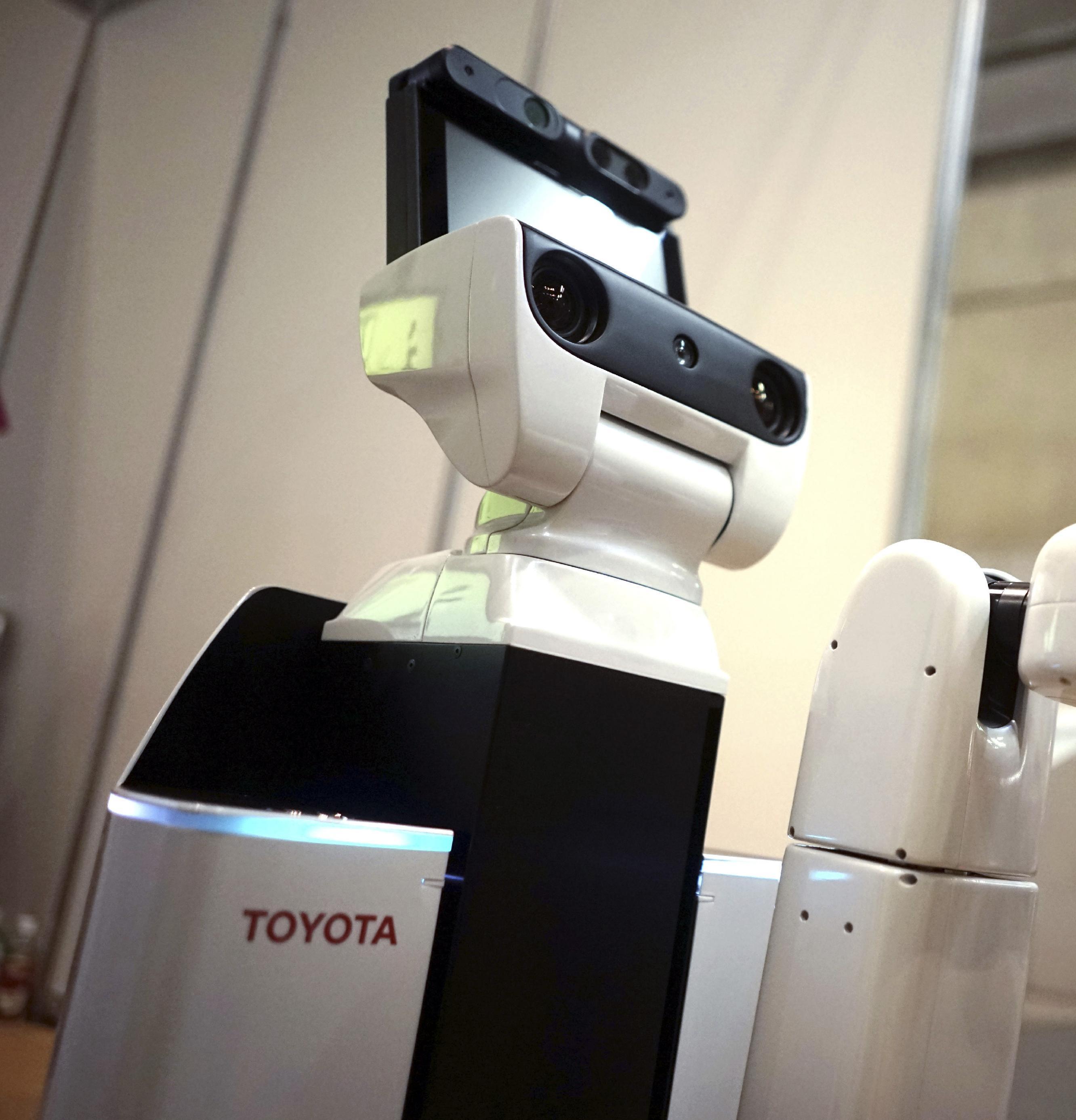