Kenya’s deputy president Sunday denounced the killing of 28 bus passengers by Islamic extremists and said the nation’s military responded by killing more than 100 militants suspected to be linked to it in Somalia. William Ruto, speaking on a national broadcast, said Kenya is a target of international terrorist groups, including Somalia’s al-Shabab, which is linked to al Qaeda. He said Kenya’s security forces will protect citizens, including by raiding mosques. Ruto said the armed forces had carried out two operations in Somalia, destroying equipment and a camp from which the bus attack was planned.

I can assure you that those behind the attack did not even take their supper. They were killed by our officers who we sent out immediately after the attack. They did not find time to celebrate their heinous crime.

Meanwhile, Kenya’s ministry of defence said that a total of 115 al-Shabab militants had been killed over the weekend, as ground troops and fighter jets attacked militants near the Kenyan-Somali border, and two al-Shabab camps in Somalia. In response, al-Shabab called the government’s words “absurd” and said that its fighters “didn’t face any attack whatsoever”. In Saturday’s bus attack in Mandera county, close to the Somali border, witnesses described how passengers were asked to recite passages from the Koran and those who failed were made to lie on the ground before being shot in the head. Al-Shabab has carried out a series of attacks in Kenya since 2011, the year that Kenya sent troops into Somalia to help battle the Islamist group. 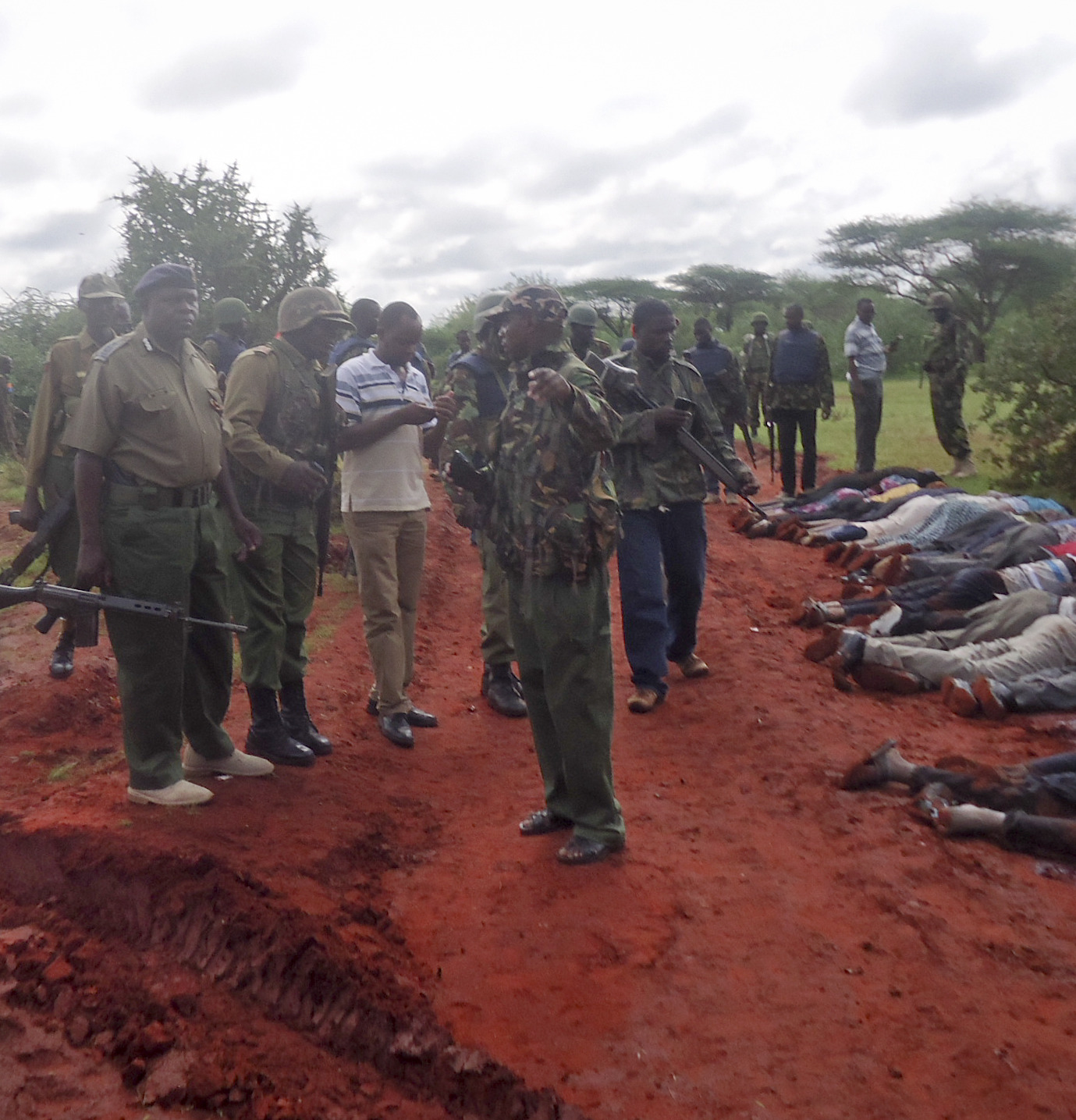