Killer newt the ‘size of a car’ discovered by fossil hunters

A killer newt the size of a small car terrorised lakes and rivers during the rise of the dinosaurs, scientists have discovered. The ferocious amphibian, a distant relative of salamanders living today, took the place of crocodiles as one of the Earth’s top predators more than 200 million years ago. Fossil remains of the species, Metoposaurus algarvensis, were found buried at the site of an ancient lake in southern Portugual which may have been home to several hundred of the creatures, said scientists.

This new amphibian looks like something out of a bad monster movie. It was as long as a small car and had hundreds of sharp teeth in its big flat head, which kind of looks like a toilet seat when the jaws snap shut.

Dr Steve Brusatte, from the University of Edinburgh’s School of GeoSciences

But back in the Triassic these giant predators would have made lakes and rivers pretty scary places to be. The family of giant salamander-like amphibians to which Metoposaurus belonged included other species found in parts of modern-day Africa, Europe, India and North America. They were wiped out at the end of the Triassic Period, when the super landmass of Pangaea, which included all the world’s present-day continents, began to break apart. The extinction killed off many groups of vertebrates, including giant amphibians, and paved the way for dinosaurs to take over the Earth. Members of the Portuguese Metoposaurus colony are thought to have died when the lake they inhabited dried up. Only a four square metre fraction of the site has been excavated so far, and work is continuing in the hope of unearthing more fossils.

It was the type of fierce predator that the very first dinosaurs had to put up with if they strayed too close to the water, long before the glory days of T. rex and Brachiosaurus. 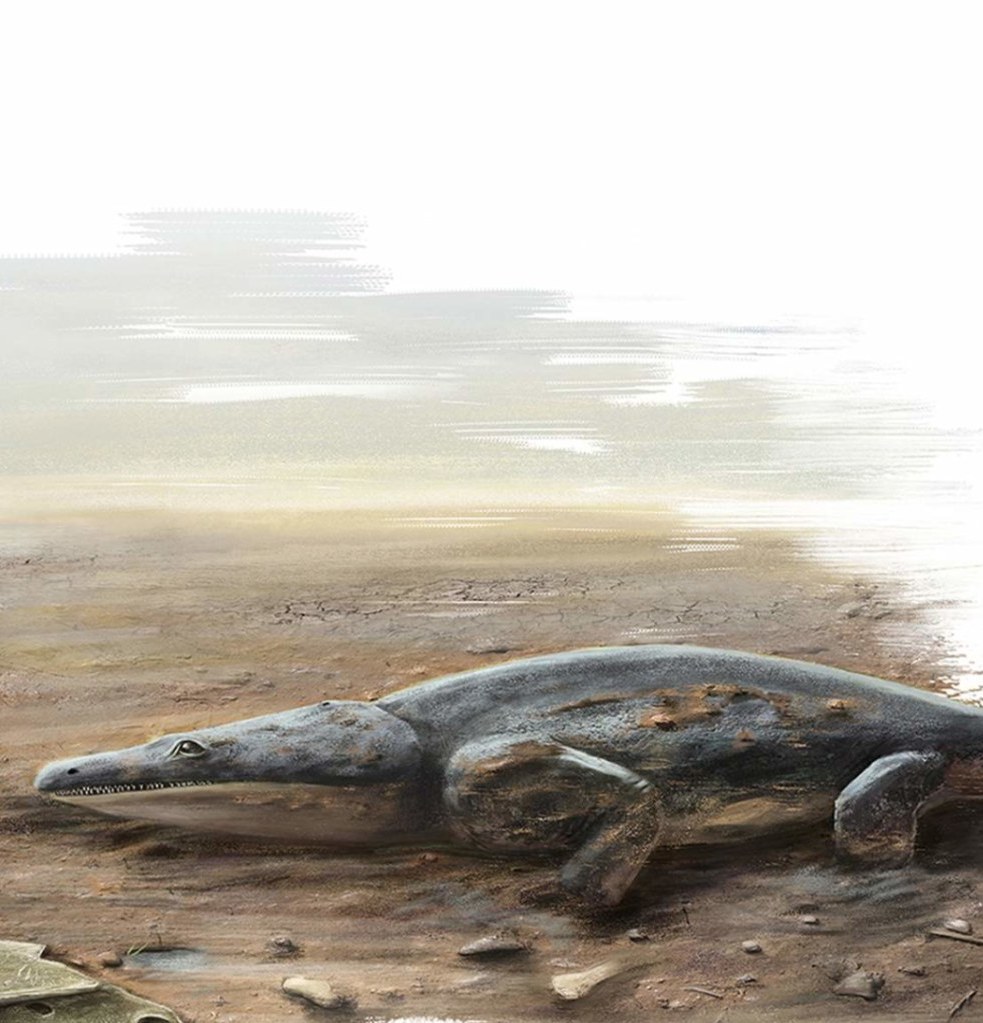