Cristobal strengthened into a hurricane in the Atlantic as it moved away from the Bahamas on Monday, leaving behind flooded communities across a swath of soaked Caribbean islands and at least five fatalities. The National Hurricane Center in Miami said that by Monday evening the hurricane was centred about 1,065 kilometres southwest of Bermuda. The storm is projected to later move on a slow north-northeastward track, with a gradual increase in forward speed. It is expected to pass to the west and north of Bermuda on Wednesday. Before strengthening into a hurricane, the storm flooded several communities across the Caribbean and halted flights in the drenched Turks & Caicos Islands. On the Caribbean island of Hispaniola, two Dominican men and two Haitians died when they were caught up in waterways swollen by Cristobal’s driving rains. On Monday, the Turks & Caicos governor’s office reported one storm fatality in the tiny archipelago, saying a body was recovered from floodwaters on the main island of Providenciales. About 3,600 people were evacuated from communities in the Dominican Republic while, in Haiti, roughly 640 families were left temporarily homeless during the passage of the storm. 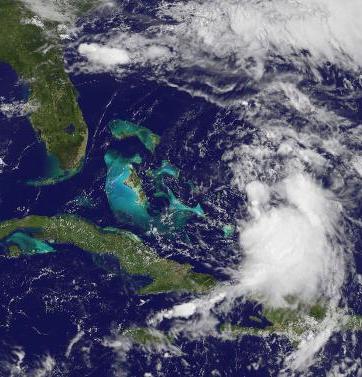