If you were looking for reasons to be pleased you weren’t alive 3 million years ago, this might be the winner: An article in the Journal of Anatomy has detailed a 1,000kg extinct rodent. An amateur paleontologist first unearthed the skull of the extinct rodent, Josephoartigasia monesi, from a boulder on a beach in Uruguay. The stunningly well-preserved skull was about 51 centimeters long, which allowed scientists to calculate the beast was roughly 1.5 metres tall and 3m long.

We concluded that Josephoartigasia must have used its incisors for activities other than biting, such as digging in the ground for food, or defending itself from predators. This is very similar to how a modern-day elephant uses its tusks.

Philip Cox, an archaeologist at Hull York Medical School in England, and his colleagues analysed the likely orientation and size of the animals’ muscles along the jaw and estimated the rodent could produce a bite force of about 1,389 N force — equivalent to that of a tiger. Even more impressive, the force at the animals’ incisors, or third molars, could reach about three times that amount. 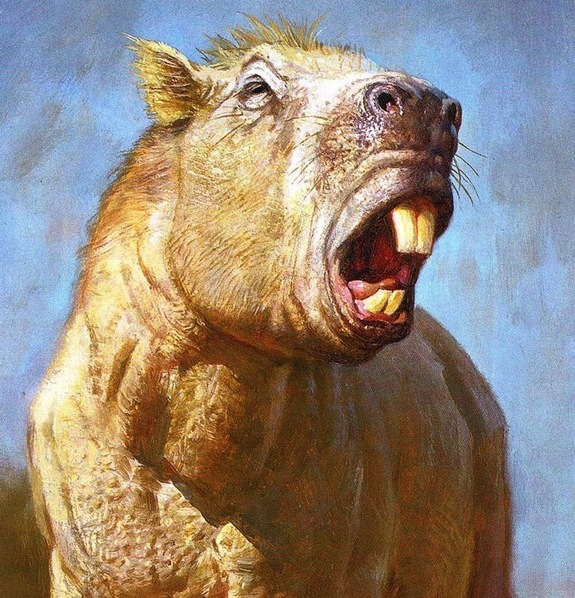