The daughter of Korean Air’s CEO visited a cabin crew chief Sunday to apologise for kicking him off a plane over the way she was served some nuts, as allegations emerged that she forced him to kneel and ask forgiveness. Cho Hyun-Ah, a top executive at Korean Air, resigned Tuesday from all her posts at the family-run flag carrier in the face of an intense public backlash and escalating investigations by state authorities. The 40-year-old forced a New York-Seoul flight to return to the terminal and eject the head of cabin crew on December 5 after she took exception to the arrival of some macadamia nuts she had not asked for, and to the fact they were served in a packet rather than a bowl. Cho visited the homes of both staff members on Sunday morning to offer a personal apology, but neither was home so she left notes at their doors saying sorry.

You can’t imagine the humiliation I felt unless you experience it yourself.

The incident, which has been branded “nutgate” on social media, delayed the departure from New York by about 20 minutes. It arrived 11 minutes late in Seoul. Cho’s behaviour sparked huge criticism in South Korea, where she has been accused of being petty and arrogant, and prompted the transport ministry and Seoul prosecutors to launch investigations into whether she breached aviation safety laws and caused disruption to business. Korean Air CEO Cho Yang-Ho gave a televised press conference Friday to apologise for his daughter’s “foolish act” and suggested he should share some of the blame for not bringing her up correctly.

I failed to raise the child properly. It’s my fault. 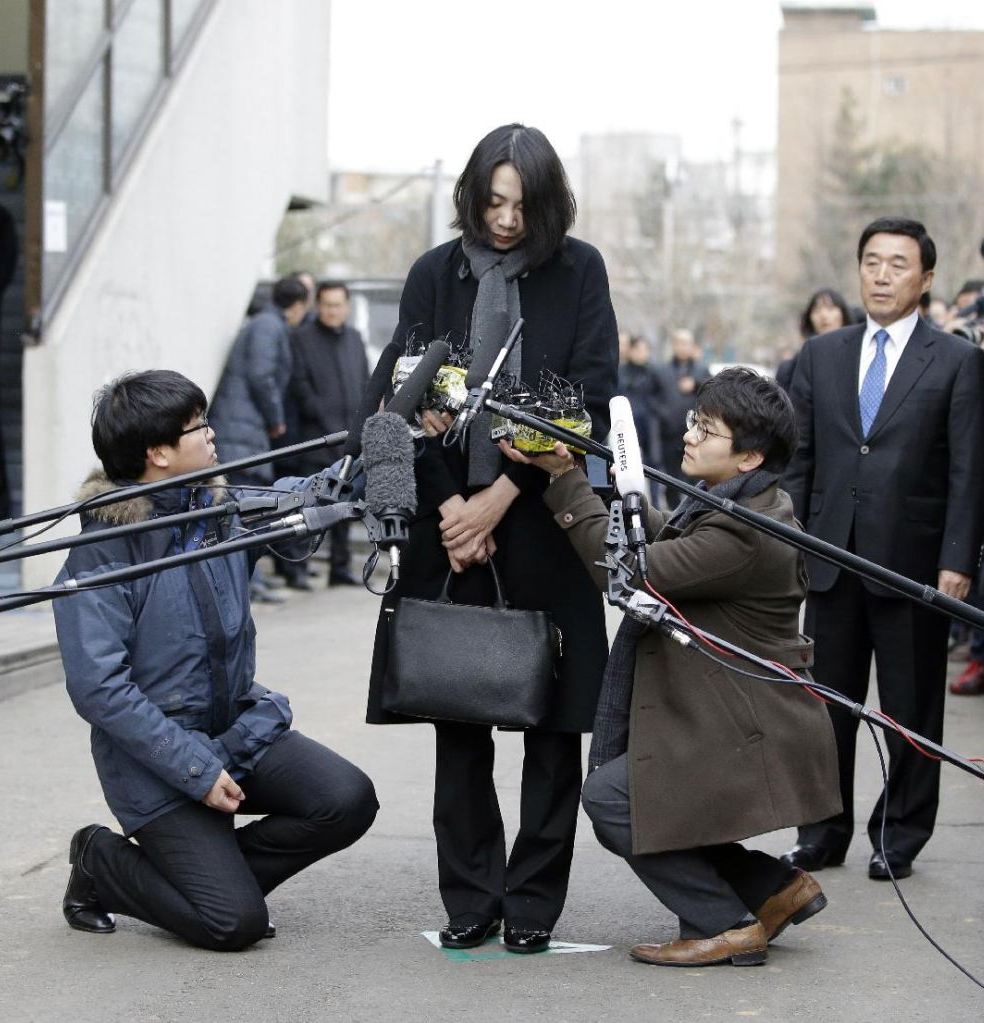