A Syrian from war-torn Aleppo was declared the winner of this year’s “Arab Idol” singing contest at the grand finale of the gruelling four-month television competition in Beirut this weekend. The audience at Saturday’s finale broke into applause and cheers, chanting “Syria! Syria!” and “Hazem!” when the jury of the pan-Arab song contest announced Hazem Sherif as the winner. The 21-year-old kept clear of politics, avoiding taking sides in the nearly four-year conflict that has divided his country and killed more than 200,000 people.

I am 21, I don’t want to link my artistic career to politics.

The competition, organised by the Saudi MBC network, is one of the most watched television shows across the Middle East, viewed by some 100 million people. Sherif beat Palestinian Haitham Khalailah and Saudi Majid al-Madani as he inched his way to the top performing a variety of songs, including the traditional qudud of his hometown Aleppo. The form of singing is often based on popular poetry and among the lyrics sung by Sharif was “Aleppo is a fountain of pain that flows in my country”. Sherif’s victory was feted in the government-controlled side of Aleppo, his hometown in northern Syria and the country’s former economic hub, with men firing shots in the air to celebrate and women ululating. 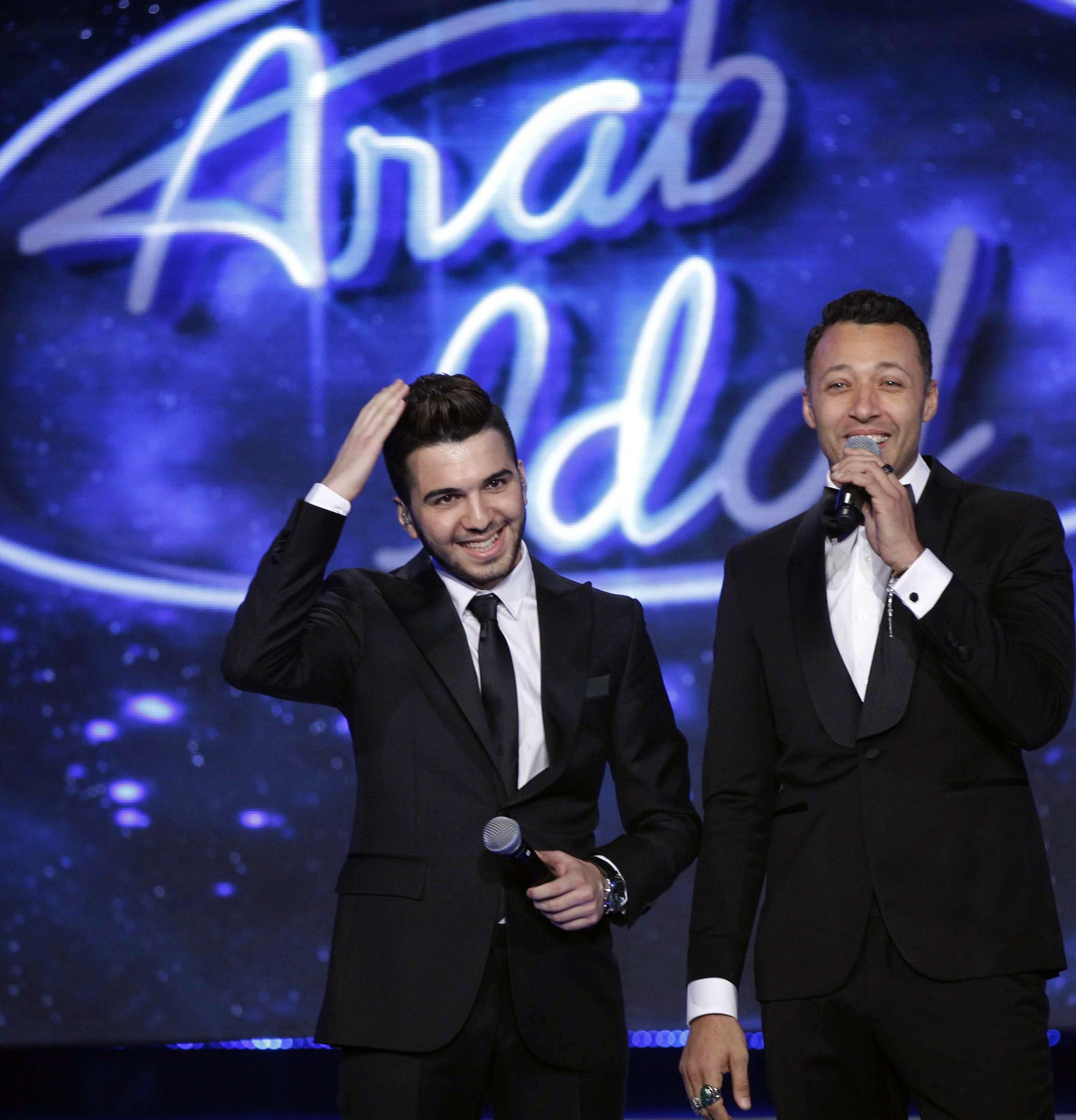