Kurdish forces ‘are critical’ in conflict with militants in Iraq, Kerry says

Kurdish forces are “really critical” to the challenge of halting a Sunni militant assault across Iraq that is threatening to split the country, John Kerry has said. The U.S. Secretary of State is in the Iraqi city of Irbil to urge the autonomous Kurdish region’s president not to turn his back on talks in Baghdad. The diplomatic drive comes amid reports Sunni militants from the Islamic State in Iraq and the Levant (ISIL or ISIS) have gained full control over Iraq’s main oil refinery at Baiji, south of Mosul.

The time is here for the Kurdistan people to determine their future and the decision of the people is what we are going to uphold.

The Iraqi defence ministry has released a video showing a bombing by government helicopters aimed at repelling an ISIL attack. It says a number of militants were killed and vehicles destroyed. But Sunni fighters are still claiming victory. After spending a day in Baghdad, Kerry is now meeting with Kurdish regional President Massoud Barzani after his security forces took control of the northern oil city of Kirkuk earlier this month. 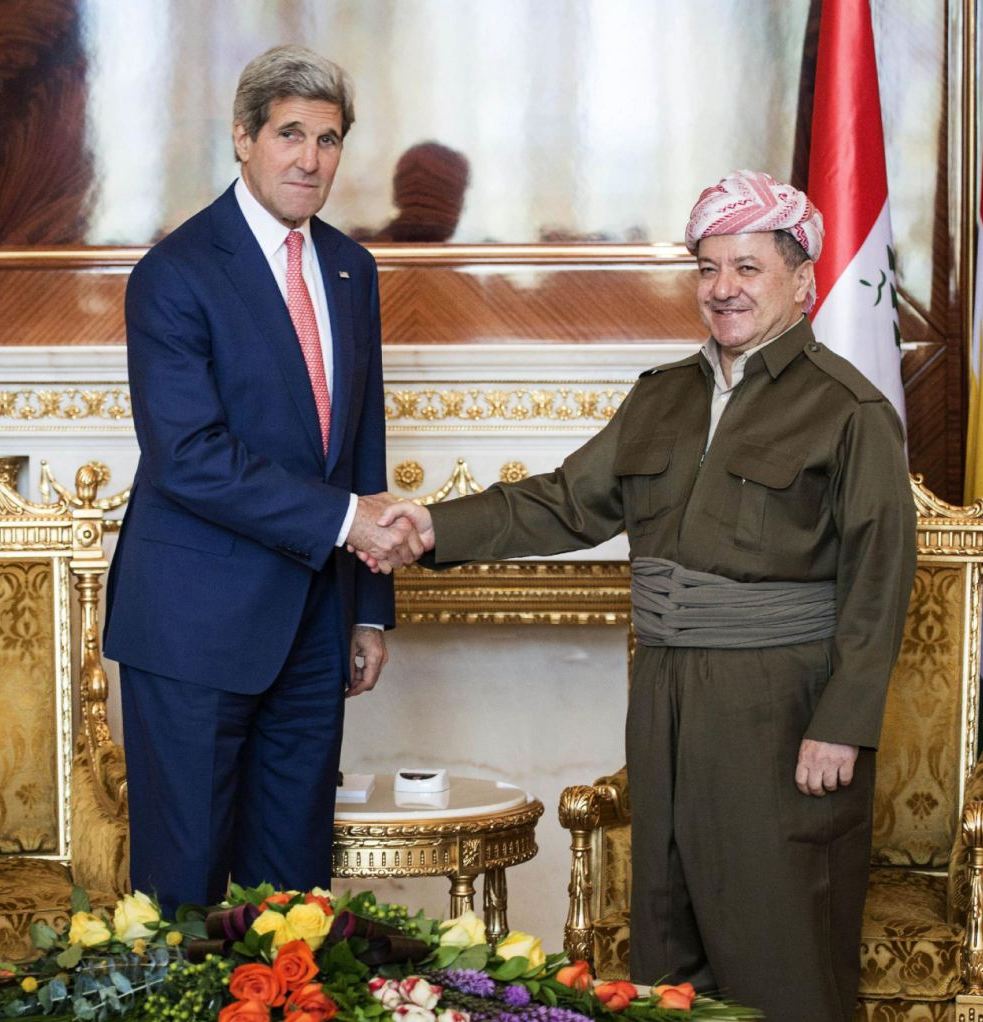