A severe lack of vitamin D can double the risk of Alzheimer’s in older people, a study has found. Even a moderate deficiency was found to increase the chances of developing the disease by 69%. Scientists were surprised by the dramatic findings, which suggest that upping vitamin D intake might delay or prevent Alzheimer’s. But more research has to be done before experts can know if there is a causal link between levels of the vitamin and dementia risk.

We expected to find an association between low Vitamin D levels and the risk of dementia and Alzheimer’s disease, but the results were surprising - we actually found that the association was twice as strong as we anticipated.

Lead researcher Dr David Llewellyn, from the University of Exeter

The study looked at 1,658 American adults aged 65 and over who were free from dementia, heart disease and stroke at the outset. The research showed that over an average six years, study participants who were moderately deficient in vitamin D had a 53% increased risk of developing any kind of dementia. For those who were severely deficient, the risk increased to 125%. Similar striking results were seen for Alzheimer’s, the most common form of dementia. Vitamin D can be obtained from the action of sunlight on the skin, foods such as oily fish, and taking supplements.

Vitamin D is essential for keeping our bodies healthy, and although these results don’t suggest people should start dosing up on supplements, it’s important for people to ensure they are getting enough vitamin D. 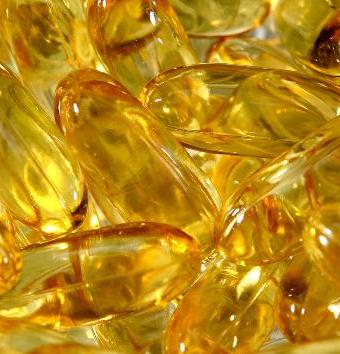